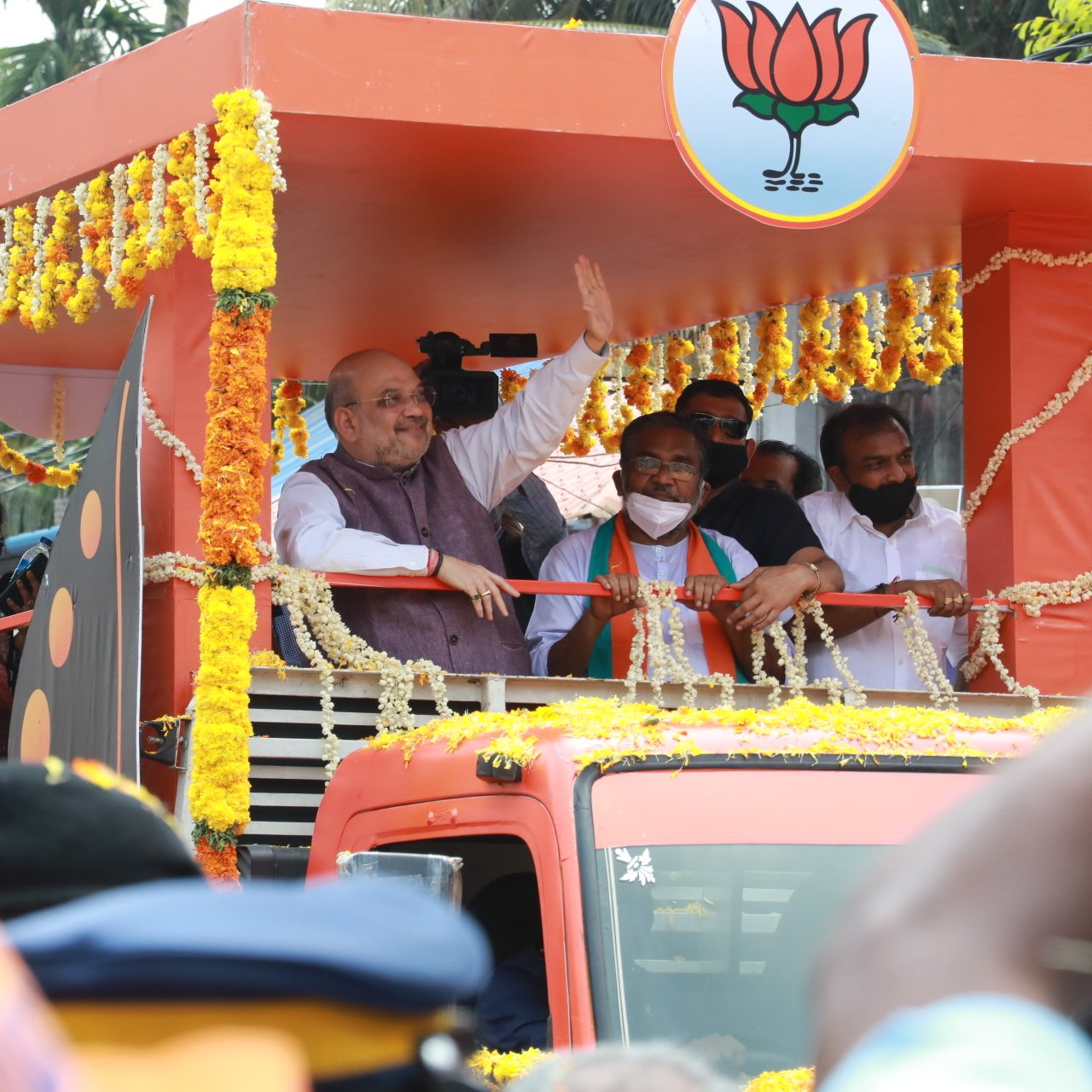 KOCHI:Union Home Minister and senior BJP leader Amit Shah on Wednesday held a roadshow in nearby Tripunithura town as part of his election campaign for the NDA candidates contesting April 6 polls to the state assembly.

Speaking to reporters during the roadshow, Shah targetted Kerala Chief Minister Pinarayi Vijayan over the gold smuggling case, asking him to explain whether his former Principal Secretary M Sivasankar was involved in the scam.

Justifying the investigation by central agencies in the scam, he said if any scandal takes place in the country, it will be probed by the Indian agencies and not those from the UN.

Shah said the people of the state see BJP as an alternative for the opposition UDF and ruling LDF.

Senior BJP leader K S Radhakrishnan is the party’s candidate in Tripunithura, considered as an “A” class constituency by its leadership.

The roadshow started at East fort of the town, capital of erstwhile Kochi kingdom, culminated near the Poornathrayeesa temple.

People in large numbers gathered on either side of the road cheered as the senior BJP leader greeted them from the top of decorated mini truck.

Elated by the response received from the public to the roadshow, Shah said many people have gathered in this small town to participate in the programme, which shows that the people of the state will lend their support to the saffron party to remove the alternating corrupt governments of the Congress-led UDF and the CPI(M)-led LDF.

After concluding the 30-minute programme commenced at 11.10 am, Shah left for Kanjirappally in Kottayam district for participating in a public meeting organised in Ponkunnam.