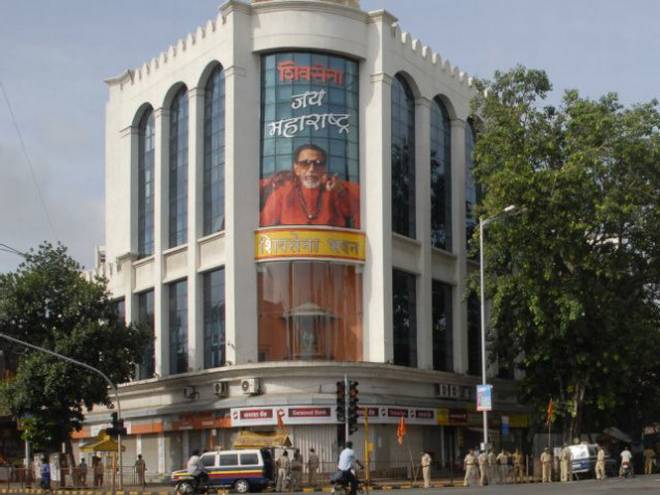 MUMBAI: Stating that the BJP’s “key motive” is to create instability in Maharashtra by imposing President’s Rule, the Shiv Sena on Wednesday alleged “collusion” between the BJP and some officials with an aim to weaken the Maha Vikas Aghadi (MVA) government.

The Sena also referred to the “phone tapping episode” and the disappointment expressed by Sanjay Pandey, a DG rank officer, that he was sidelined to claim the collusion.

On Tuesday, senior BJP leader and former chief minister Devendra Fadnavis claimed that he had 6.3 GB data of telephone calls intercepted by then Commissioner of Intelligence Rashmi Shukla in which names of several key police officers figured.

He also met Union Home Secretary in Delhi and demanded a CBI probe into “corruption” in police transfers in Maharashtra.

In the editorial in the party mouthpiece ‘Saamana’, the Sena said it has become obvious that the BJP is behind the “conspiracy” to defame Maharashtra “as the opposition party has latched onto IPS officer Param Bir Singh’s letter alleging corruption by state Home Minister Anil Deshmukh, and other issues”.

In his eight-page letter to Chief Minister Uddhav Thackeray, Singh claimed that Deshmukh, who belongs to the NCP, had set a monthly “target” of collecting Rs 100 crore, including from bars and hotels in Mumbai, for police officers.

Deshmukh had denied the allegations.

Pandey, who was recently appointed as DG of the Maharashtra State Security Corporation (MSSC), had written to the CM claiming that he was overlooked for the posts of DG, ACB, Mumbai police commissioner, and state director general of police. He alleged that junior officers had superseded him.

“Those who find (Param Bir) Singh’s letter so important should also do justice to police officer Anup Dange who had written about Singh. People of the state know why and for what the BJP is doing all this.

“The main motive of the BJP is to cause instability in Maharashtra by imposing President’s Rule,” the Sena said.

Suspended Mumbai Police inspector Dange had alleged that Param Bir Singh had tried to shield some people having Underworld links from law when he was the director general of the Anti-Corruption Bureau (ACB).

The Sena expressed “surprise” that Singh still continues to be in service despite levelling allegations against Deshmukh.

The party questioned why action was not taken against Singh even after he approached the Supreme Court (and sought a probe by the CBI against Deshmukh).

The Sena said officers like Param Bir Singh and Pandey had leaked their letters to the media “to create an atmosphere of suspicion about the state government”.

“Fadnavis approached the Centre with the phone tapping report which was prepared by senior officials like Subodh Jaiswal and Rashmi Shukla by keeping the (state) government in the dark.

“This means these people in the state administration are serving a political party. The opposition party (BJP) colluded with these officials to weaken the Maharashtra government and the government had such officials in its service,” the Sena said.

Referring to BJP MPs raising Param Bir Singh’s letter in Parliament, the Sena said, “allegations of corruption were made by IPS officer Sanjiv Bhatt and another official”.