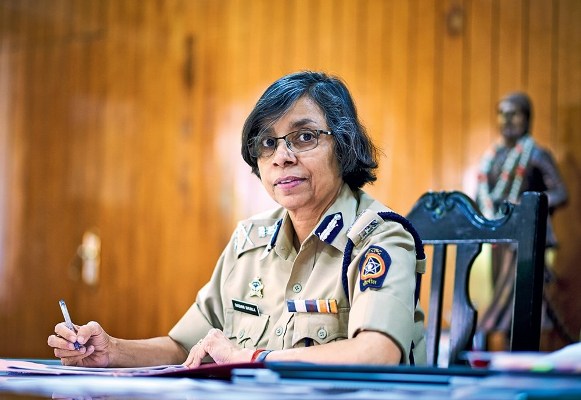 MUMBAI: The report by Chief Secretary Sitaram J. Kunte, submitted to Chief Minister Uddhav Thackeray this evening, has pointed an accusing finger at the woman IPS officer Rashmi Shukla, holding that she overstepped her brief in the matter of the phone-tapping controversy that erupted earlier this week.

Confronted and asked for an explanation for her indiscretions, the then SID chief had not only admitted her mistake but also apologised for her actions, citing certain personal and family issues like her husband’s death due to cancer and her children’s education, etc, it said.

“She (Shukla) had met the CM, Home Minister (Anil Deshmukh) and myself and expressed regrets for the matter. She also sought permission to withdraw her report. Since she was a woman officer who had undergone traumatic personal problems and had admitted to her fault, a sympathetic view was taken and the matter was not pursued further. Meanwhile, she was transferred to a Central posting,” Kunte’s report to Thackeray said.

He pointed out that the permission to tap phones, granted under the Indian Telegraph Act’s Section 5(2) was intended for eavesdropping on suspicious private persons with heinous motives like terrorism, anti-national activities, rioting, etc.

Instead, Kunte charged Shukla with misusing this permission to tap the phones of various private persons, overhearing political leaders, snooping on business deals of various personalities, or domestic disputes, etc, for which an explanation was sought from her.

Referring to Shukla’s August 25, 2020 report damning several prominent personalities including Deshmukh in an alleged corruption racket involving transfers-promotions of police personnel, the Chief Secretary said that the manner in which the ‘Top Secret’ report has come in the public domain is “very serious”.

“This matter is very serious and is liable for the most stringent action. It has infringed the privacy and brought avoidable disrepute to those officers and persons whose phones were tapped,” said Kunte.

Moreover, he pointed out that there was no connection between the contents of Shukla’s report on the transfers and the subsequent government decisions, and hence, no so-called irregularities came to the fore as claimed by the SID report.

Kunte observed that there were no transfers as alleged by Shukla’s report and whatever shiftings took place were as per the recommendations of the official committee appointed for the purpose, comprising him, the then DGP Subodh Jaiswal, the then Mumbai Commissioner of Police Param Bir Singh and other officers.

The Chief Secretary’s report comes barely three days after the Leader of Oppositon Devendra Fadnavis and others claimed that the Maha Vikas Aghadi leadership had failed to take congnisance of Shukla’s report and demanding the sacking of the government.

(Quaid Najmi can be contacted at q.najmi@ians.in)