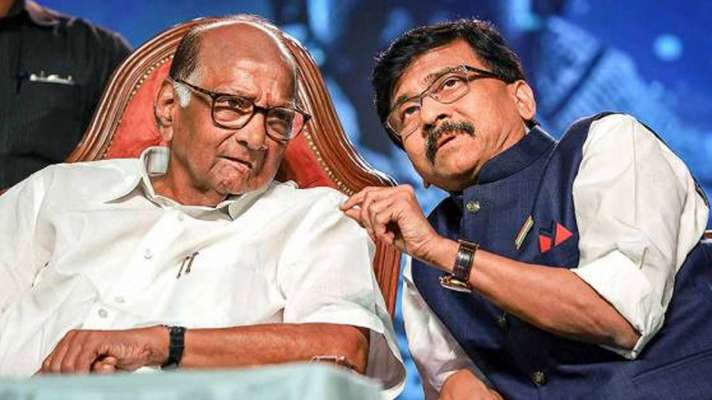 MUMBAI: Shiv Sena leader Sanjay Raut on Friday said that “some people in Delhi” are preparing to form UPA-II, which is why the existing UPA needs to be strengthened if the opposition is to fight the BJP.
He made the statement while speaking to reporters in Delhi, a day after he reiterated that NCP chief Sharad Pawar should head the United Progressive Alliance (UPA) that is currently being led by the Congress.
Replying to a question, Raut said the “drama” of forming “third, fourth or fifth fronts” has failed so far, hence the existing UPA needs to be strengthened.
“Some people in Delhi are preparing to form UPA-II.
Hence, I am saying this out of concern. The UPA-I has to be strengthened,” he said, without specifying who these people in the national capital are.
He said the importance of the present-day UPA will reduce if the UPA-II is formed and then the opposition parties will have nothing in their hands.
On Raut’s suggestion that Pawar should lead the UPA, Maharashtra Congress leaders had on Thursday asked the Shiv Sena leader to desist from making such comments as his party is not even part of the alliance.
When asked about the Maharashtra Congress leaders’ comments and its state unit chief Nana Patole also questioning Raut if he is the spokesperson of Pawar, the Shiv Sena leader replied, “Maybe. Sharad Pawar is a leader of the country. All know what Sharad Pawar or Uddhav Thackeray are.”
Raut said one need not be part of the UPA to speak about it.
“The issue of the UPA is not of a state, but a national one. So the people from the state should not talk about it,” he added.
The Rajya Sabha member said that discussion needs to be held on strengthening the alliance of the opposition parties if they are to take on the BJP.
“If the (Congress) leaders in Maharashtra are not getting this, then they need to study…they are our colleagues, but they should understand.
“We will give a reply if Sonia Gandhi or Rahul Gandhi are to speak on this issue. But they are not speaking. They are also analysing this (the situation),” he added.
The Parliamentarian also said that Maharashtra Congress leaders should also make it clear whether they think the UPA should not be strengthened.

“Sonia Gandhi is leading the UPA. She has led it in an excellent manner for 17 years. But considering the future politics, the issue needs to be discussed,” he said.