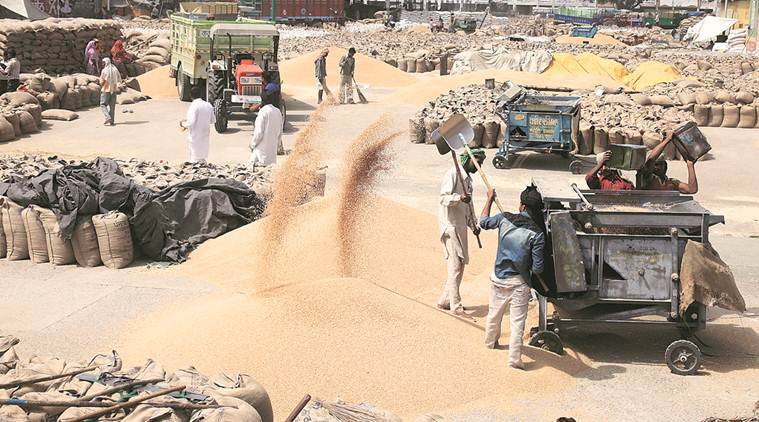 CHANDIGARH:The Shiromani Akali Dal (SAD) on Saturday demanded that the Punjab government should start procuring wheat from farmers from April 1 itself, saying a 10-day delay in its procurement will cause great hardships to wheat growers.

The state government had announced to start the wheat procurement from April 10 due to rising COVID-19 cases in the state.

Shiromani Akali Dal leaders Prem Singh Chandumajra and Daljit Singh Cheema said the delay in the procurement will cause hardship to farmers who will have to stock their harvested crop in fields for ten days.

It will lead to the extension of the procurement season and delay the sowing of the paddy crop, they added.

The SAD also accused the Congress-led government of playing into the hands of the Centre by delaying the wheat procurement season by ten days.

Chandumajra and Cheema said the SAD, in its core committee meeting under the presidentship of Sukhbir Singh Badal on Friday night, decided that the party would take up this issue with Punjab Governor VP Singh Badnore on March 30 and demand that the procurement of wheat be started from April 1.

We will also bring to the Governor’s attention that the Congress government has compromised the interests of the state by presiding over a huge paddy procurement scam under which paddy purchased at Rs 800 per quintal from Bihar and Uttar Pradesh was brought to Punjab and purchased at Rs 1,900 per quintal.

This is the reason why against a likely purchase of 164 lakh tonne, the actual paddy purchased in the last season was 218 lakh tonnes, they alleged.