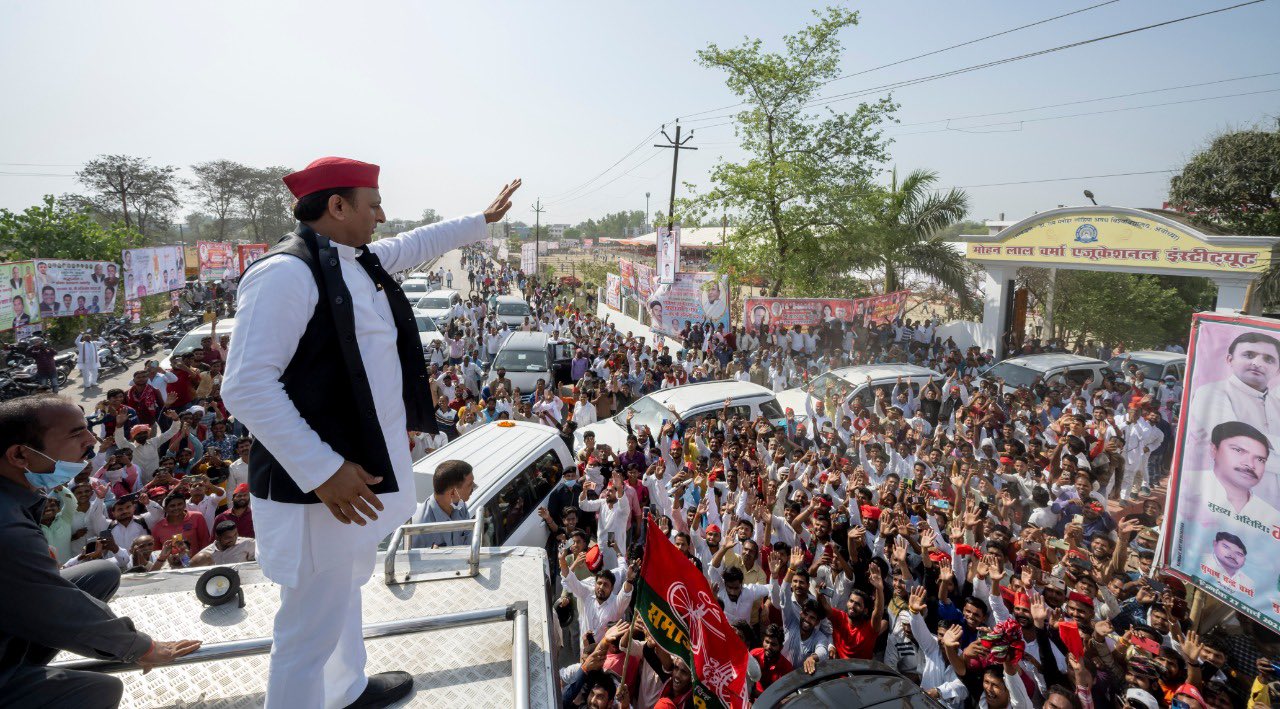 BARABANKI: Samajwadi Party chief Akhilesh Yadav on Saturday accused the Uttar Pradesh government of planning to make administrative interference into the upcoming panchayat elections on the pretext of the Covid spread to tilt its result in the favour of the ruling BJP.
Yadav made the allegation while addressing a public meeting after unveiling the statue of the party’s late veteran Beni Prasad Verma.
“I have heard that on the pretext of Covid-19, the Uttar Pradesh government wants to influence the panchayat elections in the state, he said.
When there was no election, there was no pandemic. And now, since there is the election here, the government on the pretext of the pandemic is snatching our rights,” he added.
“There are the assembly elections in West Bengal but there is no Covid-19 there. But there has to be some administrative interference into the panchayat elections here and so there is a pandemic here, he said.
The SP chief claimed that Chief Minister Yogi Adityanath has grown weary of seeing red colour in the state because he knows the people in red caps, a reference to party workers donning them, are going to form the next government in the state.
Yadav also accused the state government of taking several wrong decisions and adding to the trouble of the people.
The country’s democracy and Constitution are in danger, the former chief minister claimed.
Yadav hurled the allegations a day after the Uttar Pradesh Election Commission issued the notification for the three-tier panchayat polls in the state to be held in four phases.
Polling for all the gram panchayats, kshetra panchayats and zila panchayats will be held on April 15, 19, 26 and 29 and the counting of votes will be taken up from 8 am on May 2, the notification issued here by State Election Commissioner Manoj Kumar had said on Friday.
According to the notification, there will be a general election for the posts of pradhans and members of all gram panchayats, kshetra panchayats and zila panchayats.

The commission has made it clear that polling will not be held in the constituencies affected by a stay order issued by a court and where the local body has more than six months of its tenure left.