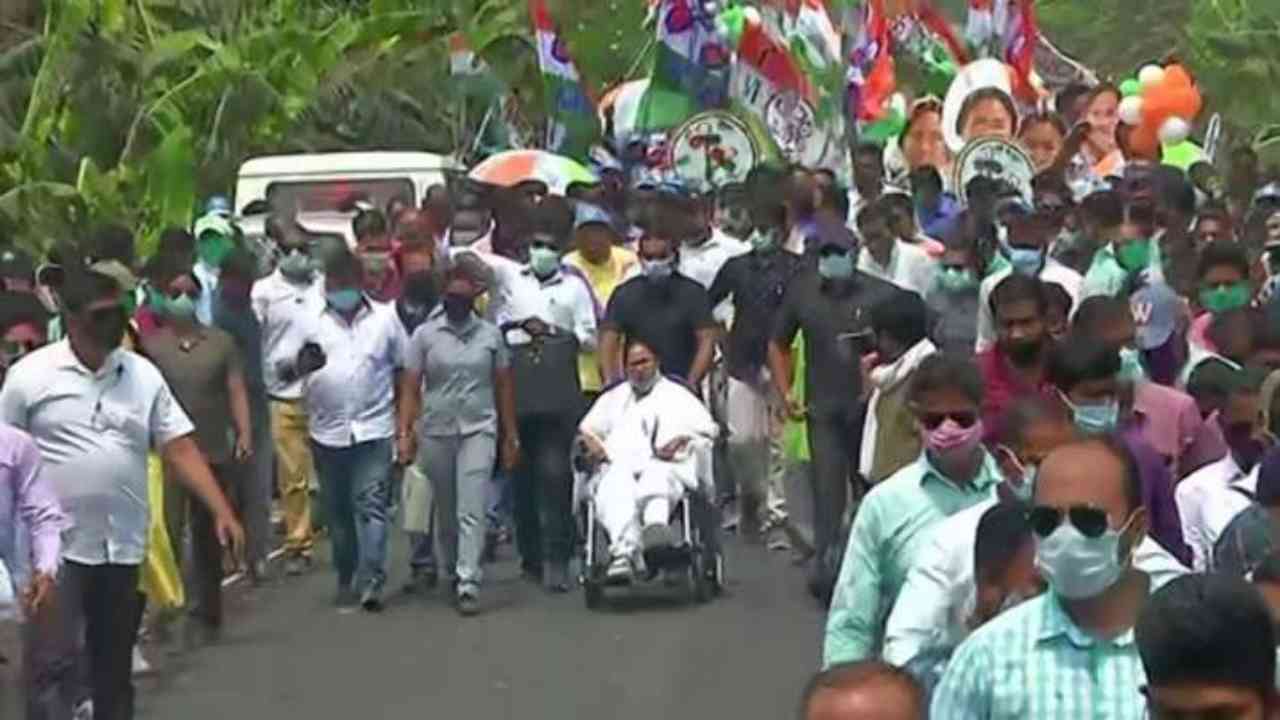 NADIGRAM: West Bengal Chief Minister Mamata Banerjee on Monday conducted a massive roadshow in Nandigram, where she is pitted against her former lieutenant and BJP candidate Suvendu Adhikari.

The high-stakes constituency in Purba Medinipur district will go to the polls in the second phase on April 1.

Hundreds of local people and party activists accompanied her, shouting the slogan of ‘Mamata Banerjee Zindabad!’. She will later address a rally.

The feisty TMC boss has announced that she will stay in Nandigram till the end of voting in the seat on Thursday.

Campaigning for the second phase will end at 5 pm on April 30.

BJP sources said that Union Home Minister Amit Shah is also likely to take part in a roadshow in Nandigram on Tuesday.