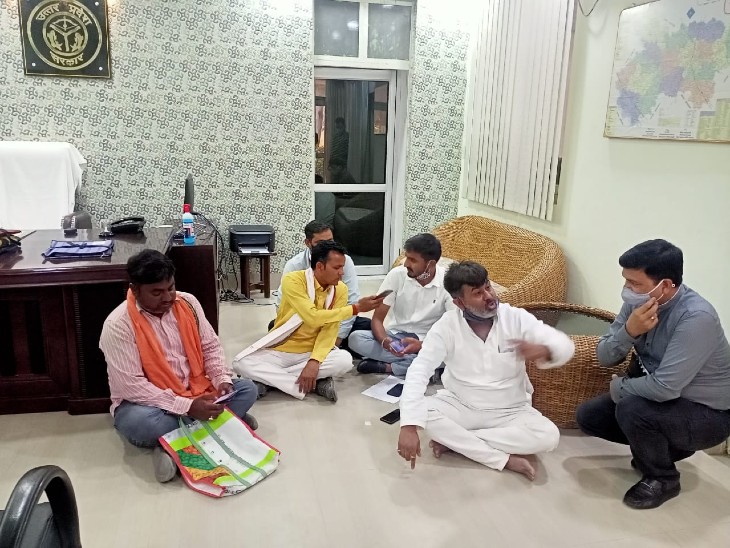 PRATPAGARH: A BJP MLA on Wednesday lay down in protest on the ground outside the Pratapgarh district magistrate’s residence here, accusing the superintendent of police of beating him up and tearing his clothes.

Pratpagarh SP, however, denied the MLA’s allegations, terming them as baseless.

The BJP MLA from Raniganj assembly constituency, Dheeraj Ojha, alleged that he was beaten by the SP when he went to meet the DM to complain against the alleged removal of his supporters’ names from the voters’ list ahead of the panchayat polls.

According to eyewitnesses, BJP MLA from Ojha kept lying on the ground for nearly two hours.

In a video, that went viral on social media, JP MLA Ojha could be seen coming out of the residence of the district magistrate, shouting and flashing his torn kurta, and then he lay on the ground.

As he alleged that the police superintendent beat him up inside, his supporters began raising slogans against the two officials.

Ojha told reporters that he had gone to the DM’s residence to complain about the irregularities in the voters’ list for the panchayat elections.

He claimed some influential people of the Shivgarh block of the district had removed the names of his supporters from the voters’ list in collusion with the district administration.

Pratapgarh SP Akash Tomar termed the allegations levelled against him by the MLA as baseless.

Tomar said Ojha was staging a protest against the DM alleging irregularities in the voters’ list and when he indulged in misbehaviour, he was stopped.

So, he is levelling false allegations that he was beaten up by me, the SP said.