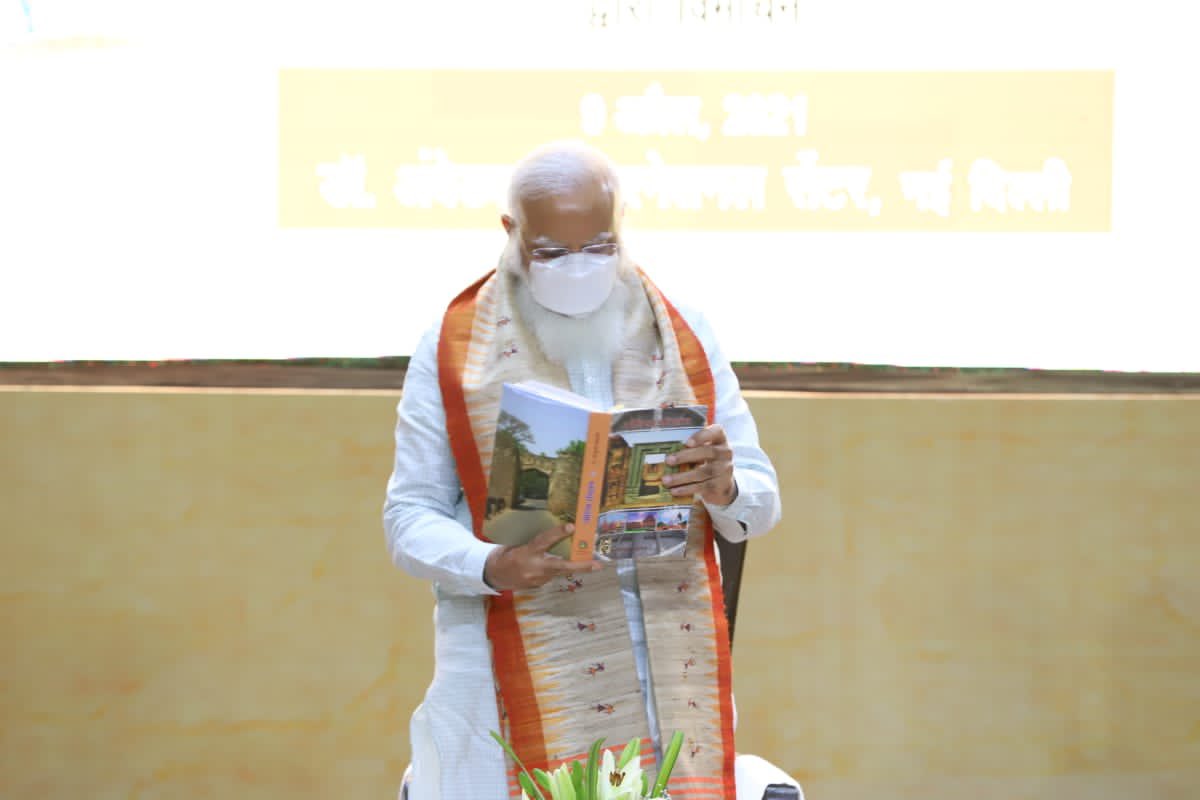 The book, available in Odia and English so far, has been translated into Hindi by Shankarlal Purohit.

Speaking on the occasion, the Prime Minister recalled that about one and half year ago the country celebrated 120th birth anniversary of ‘Utkal Keshari’ Dr. Harekrushna Mahtab. Dedicating the Hindi edition of his famous ‘Odisha Itihaas’, Modi said that that it is important that diverse and comprehensive history of Odisha should reach people of the country.

The Prime Minister remembered Dr Mahtab’s contribution in the freedom struggle and lauded him for his struggle for the reformation in society. Shri Modi also noted that during the Emergency, Dr Mahtab went to jail opposing the party under which he became Chief Minister. “He went to prison for both independence and for saving the country’s democracy”, the Prime Minister added.

The Prime Minister stressed the need for the much wider study of History. He said history should not only be a lesson of the past but should also mirror the future. The country is keeping this in focus while celebrating Azadi ka Amrut Mahaotsava and enlivening the history of our freedom struggle.

Modi lamented the fact that many important events and stories of the freedom struggle could not come before the country in proper form.

He said in the Indian tradition, history is not limited to kings and palaces. History evolved with people over thousands of years. This is foreign thought process that has turned the stories of dynasties and palaces into history. We are not that type of people, said the Prime Minister, giving example of Ramayana and Mahabharata where most of the description is of the common people. In our lives, common person is the focus point, said the Prime Minister.

The Prime Minister emphasized that with struggles like The Paika Rebellion, Ganjam Revolt to Sambalpur Struggle, land of Odisha always gave new energy to the fire of revolt against the British rule. Surendra Sai of Sambalpur Andolan is a source of inspiration for all of us.

The Prime Minister said that history of Odisha represents the historical strength of entire India. This strength, reflected in the history is connected with the present and future possibilities and work as a guide for us, said the Prime Minister.

Dwelling upon the development of the state, the Prime Minister said that for business and industry, the first requirement is infrastructure. He informed that thousands of kilometres of national highways, coastal highways are being constructed in Odisha which will lead to connectivity of the parts of the state. Also, hundreds of kilometre long rail lines have also been laid in the states in the last 6-7 years. After infrastructure, attention has been given to industry. In this directions industries and companies are being encouraged. Thousands of crores have been invested to realize the vast possibilities in oil sector and steel sector in the state.

Similarly, efforts are on to improve the lives of the fishermen of Odisha through blue revolution.

The Prime Minister also talked about the efforts being undertaken in the skill sector. For the benefit of the youth of the state, foundations have been laid for institutes like IIT Bhubaneshwar, IISER Berhampur, Indian Institute of Skills, IIT Sambalpur in the state.

The Prime Minister called for taking the history of Odisha and its grandeur to all parts of the world. He made a call for making the Azadi ka Amrut Mahotsav a truly People’s movement and expressed that this campaign will lead to the flow of similar energy as was witnessed during the independence struggle.