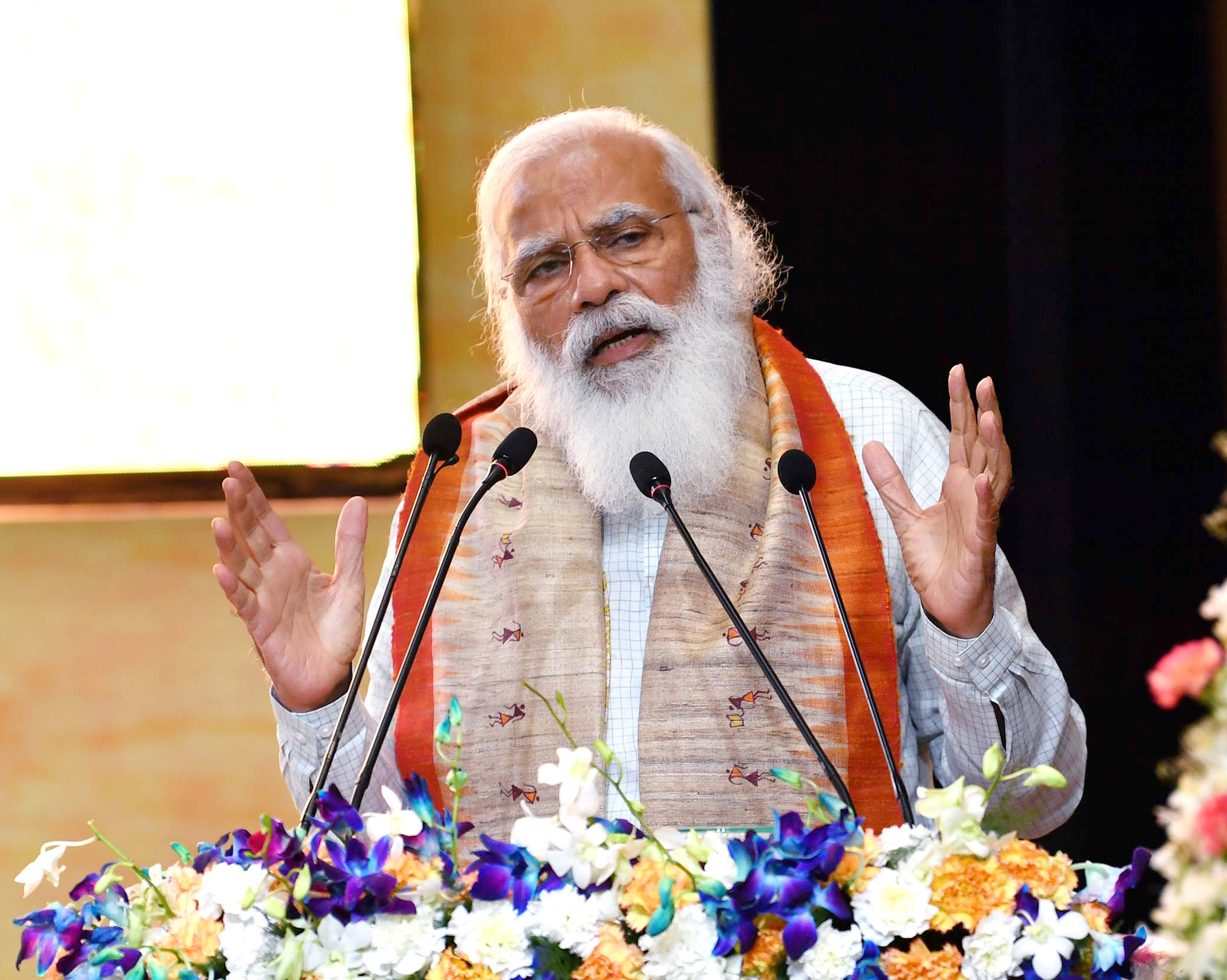 The Prime Minister, Shri Narendra Modi addressing at the release of the Hindi translation of the book Odisha Itihaas written by Utkal Keshari Dr. Harekrushna Mahtab, in New Delhi on April 09, 2021.

NEW DELHI: Noting that India historically enjoyed its golden era when its eastern part led the nation, Prime Minister Narendra Modi said on Friday that his government has put maximum emphasis on developing this region and asserted that a vibrant Kolkata can lead its development.

Speaking on the occasion of the release of the Hindi translation of the book ”Odisha Itihaas”, written by freedom fighter and Odisha”s first chief minister Harekrushna Mahtab, Modi said it is his government”s effort that Kolkata emerges as a vibrant city and that work is underway on this roadmap.

“A vibrant Kolkata, a Kolkata with its eye on future can provide leadership to not only West Bengal but also to entire eastern India in development. It is our effort to make Kolkata vibrant again, to help it emerge as a power for developing eastern India. We are working with this roadmap,” he said.

The prime minister”s comments came amid a fierce ongoing electoral contest between the BJP and the state”s ruling Trinamool Congress in the Bengal assembly polls, with the saffron party making a determined bid to capture power there for the first time.

The entire eastern India; be it Bihar, Odisha, Bengal, Assam or other northeast states, has incredible natural and human resources, he said, adding that his government has worked to boost infrastructure and industry there to bridge its development gap with western India.

The area can help India attain new heights of development, Modi said, adding his government has been building thousands of km of highways, coastal highways connecting ports, hundreds of km of rail lines in Odisha and brought in investment in oil and gas sector, and steel industry among others.

Professional institutions, including IITs, have been opened for boosting the skill sector, he added.

The state”s glorious history and diversity should reach people, he said, lauding the launch of the Hindi book.

Harekrushna Mahtab is fondly known as ”Utkal Keshari”, and his son Bhartruhari Mahtab is a senior Lok Sabha member of the Biju Janata Dal.

Lauding Harekrushna Mahtab, Modi said he is among the rare politicians who went to jail as a freedom fighter and also for his campaign against the Emergency.

Noting that he had become chief minister as a Congress leader and fought against the same party for democracy during the Emergency, Modi heaped praise on him for also fighting for social reforms and his work as a scholar.

He was a rare person and is himself a chapter of history, Modi said.

Bhartruhari Mahtab said he thought about bringing the Hindi translation of the famous Odia book as people are often not aware of the state”s glorious history, especially in the Hindi-speaking region.

Speaking on the occasion, BJP leader and Union minister Dharmendra Pradhan said no prime minister has thought and done so much for Odisha as Modi and mentioned the government”s efforts for the state.