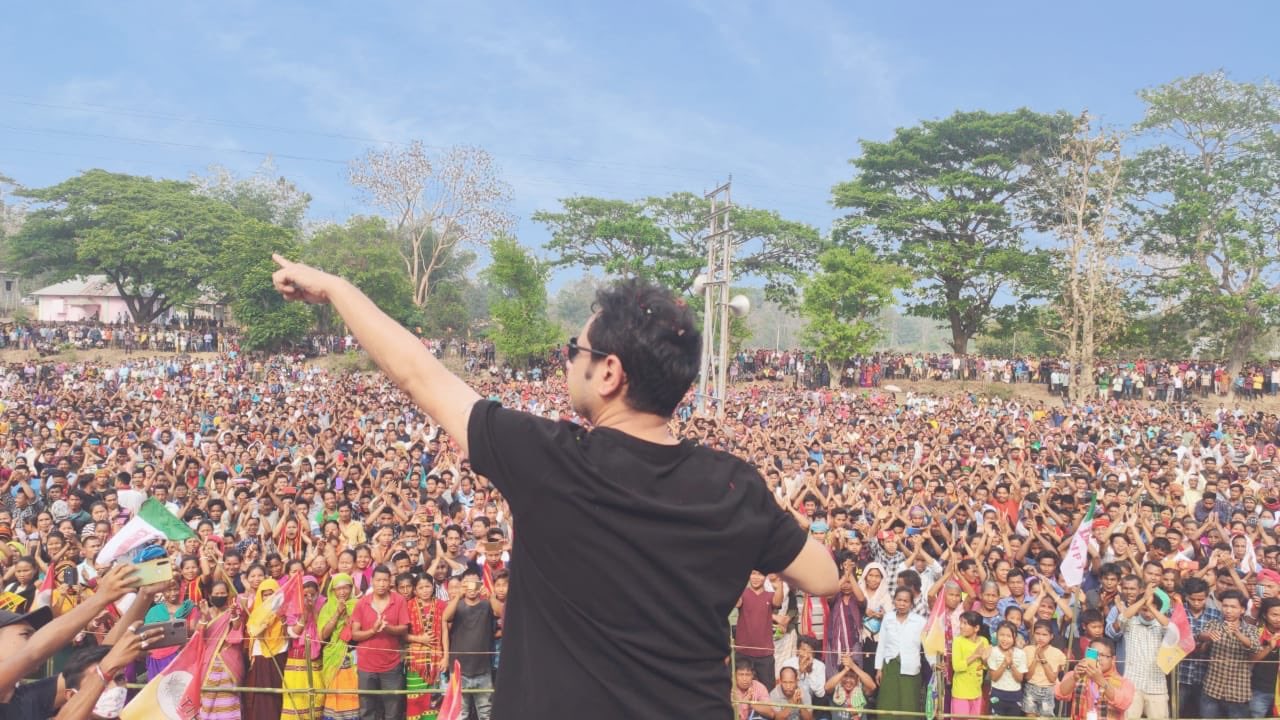 The Tipraha Indigenous Progressive Regional Alliance (TIPRA) secured 18 seats, the BJP won nine seats and one seat was bagged by an Independent candidate, they said.

In the 30-member tribal council, elections were held in 28 seats on Tuesday. Representatives in the remaining two seats will be nominated by the governor on the advice of the state government.

The TTAADC area is two-third of the state territory, and is the home to the tribals, who constitute one-third of Tripura”s population.

Deb Barman urged his supporters to maintain peace as celebrations broke out with the newly-formed party getting an absolute majority in the elections.

“We have to maintain unity. I appeal to the people to refrain from attacking the party office and houses of the supporters of IPFT, BJP, CPI(M) and Congress. They too are our people and we do not want to fight among ourselves. If we want unity then we have to maintain peace. They too will join our party after the elections,” he said.

A victory rally will be organised on Monday at the tribal council headquarters in Khumulwung, about 25 km from Agartala, Deb Barman announced.

“Do not fight among yourself, this has continued for 70 years and let the whole India see how Tipraha maintains unity even after winning the election,” he told his supporters.

Deb Barman, who was the state unit president of Congress, quit the party in September 2019, citing differences with the high command.

A month later, he announced the name of his new outfit — TIPRA, which was initially a social organisation but in 2020, was turned into a political party.

CPI(M) leader Radhacharan Debbarma said it was the victory of the people.

“We accept that we lost this election. Why we have lost the election will be discussed and reviewed later by the party. But at present, we can say that it is the victory of the people,” he said.

“People made a promise to each other that they want to defeat the present government, which is what we believe was responsible for the defeat of the BJP,” said Debbarma, the former chief executive member (CEM) of the TTADC.

The CPI(M)-led Left Front, which governed the TTAADC for the last twenty years before the April 6 elections, could not win a single seat.

The elections were largely being seen as a bipolar contest between Deb Barman”s new party and the BJP-IPFT alliance, while the Left Front, which is yet to recover from its defeat in the state elections in 2018, being considered a fringe player.

BJP state spokesperson Subrata Chakraborty said that the party contested in 14 seats and won in nine.

The Indigenous People”s Front of Tripura (IPFT), the ally of the ruling BJP in the state, which contested in 17 seats also could not win in a single seat.

The Congress fielded candidates in all the seats but also drew a blank.

“This is the beginning of the end of the BJP rule in Tripura,” the veteran Congressman said.