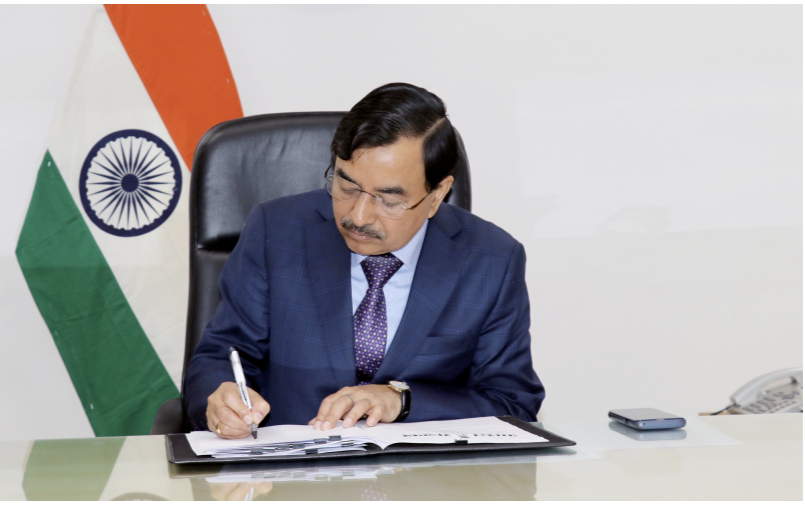 Going by the convention of appointing the senior-most election commissioner as the CEC, the government is learnt to have cleared his name for the top post at Nirvachan Sadan.

The order of his elevation maybe issued anytime, the sources said.

Chandra was appointed as an election commissioner on February 14, 2019 ahead of the Lok Sabha elections.

Under him, the Election Commission would hold assembly polls in Goa, Manipur, Uttarakhand, Punjab and Uttar Pradesh.

The term of the assemblies of Goa, Manipur, Uttarakhand and Punjab ends on various dates in March next year.

The term of the Uttar Pradesh assembly ends on May 14 next year.

New assemblies have to be constituted before their five year term ends.

Chandra was the chairman of the Central Board of Direct Taxes before he joined the poll panel.