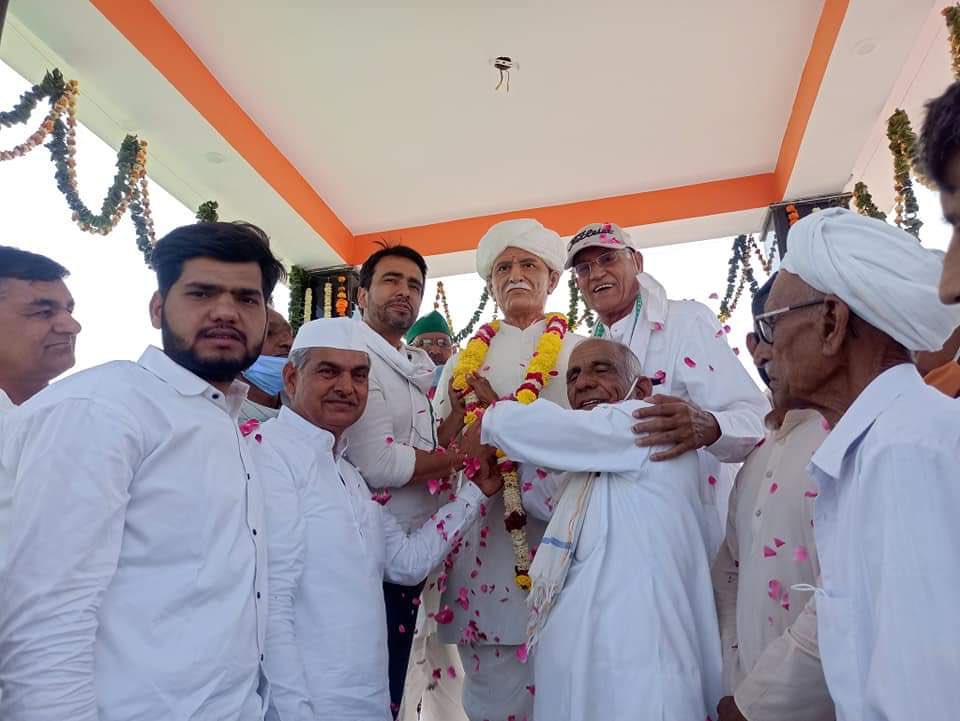 LUCKNOW: In a bid to resonate closely with the farming community ahead of next year’s Uttar Pradesh Assembly elections, the Rashtriya Lok Dal (RLD) is planning to construct a memorial in western UP’s Meerut to pay respects to farmers who had died during protests against the Centre’s new farm laws.

Aptly named ‘Kisan Balidan Smarak’, the memorial will be spread across one acre of land in Meerut.

In a tweet in Hindi, Rashtriya Lok Dal (RLD) Vice-President Jayant Chaudhary said, “141 days, more than 350 farmers have attained martyrdom. The coming generation should remember the sacrifice done to save farming and agriculture. On the revolutionary soil of Meerut, Rashtriya Lok Dal will construct ‘Kisan Balidan Smarak’ (Farmers’ Sacrifice Memorial).”

He also said that suggestions regarding the design of the memorial have also been sought.

Elaborating further, Chaudhary told PTI, “We have named it (memorial) as the Kisan Balidan Smarak. We have some land in Meerut, where we had earlier intended to construct our office. However, now the ‘Kisan Balidan Smarak’ is going to come there.”

When asked as to what were the reasons that prompted the RLD to go ahead with the construction of a memorial, the RLD vice-president said, “The reason was that so many people had died. We need some sort of mark of respect. If a memorial is there, then people will understand how a big sacrifice has been made by the farmers. The memorial, which will be constructed will be for the farmers’ sacrifice.”

Asked to comment on whether the move is being perceived as politically motivated, Chaudhary replied, “It should be looked at in a positive way. Every other party is free to do its own programme. Time is right for parties to rise above the vested interests and petty politics, and do something which is constructive for farmers.”

“I think it (memorial) will have a deep resonance with the farmers because right now, we have a government that is completely ignoring them. They don’t talk about the deaths of farmers. They do not want to observe two-minutes silence in the Parliament. The Indian republic is strong due to the sacrifices of Indian farmers,” he added.

On the final design of the memorial, Chaudhary said he has asked people to give their design inputs, and that some architects are reaching out to him.

The RLD vice-president did not give a date by which the memorial dedicated to the farmers will be built.

Thousands of farmers, mostly from Punjab, Haryana and western Uttar Pradesh, have been camping at the Delhi border points — Singhu, Tikri and Ghazipur — for over three months, demanding the repeal of the farm laws and a legal guarantee on the minimum support price (MSP) for their crops.

The Centre says the new farm laws will free farmers from middlemen, giving them more options to sell their crops.

The protesting farmers, however, say the laws would pave the way for eliminating the safety cushion of MSP and do away with the ‘mandi’ (wholesale market) system, leaving them at the mercy of big corporates.