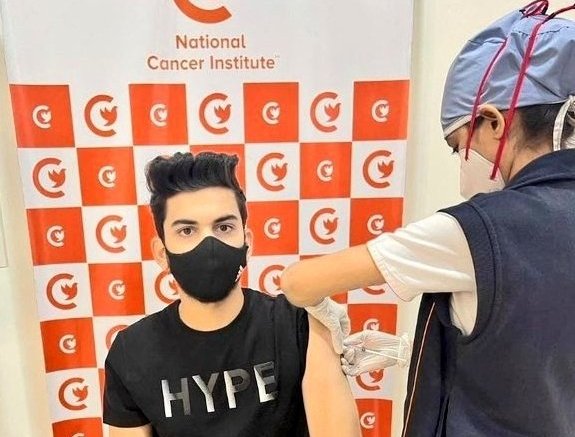 NEW DELHI: Maharashtra’s Leader of Opposition Devendra Fadnavis came under severe fire on Tuesday after it emerged that his 22-year-old nephew managed to get a Covid vaccine jab, allegedly violating the Centre’s norms.

The issue came to light when Tanmay Fadnavis posted a smiling image of his on social media while getting vaccinated, though he is stated to be far below the permitted eligible age by the Centre.

While admitting that Tanmay is his relative, Fadnavis claimed that he was not aware how he (Tanmay) managed to get the vaccine jab at the National Cancer Institute in Nagpur.

“My wife and daughter have also not received the vaccine yet because they don’t qualify for it. I am of the firm opinion that everybody must follow the rules,” Fadnavis said ina a brief statement.

His wife, Amruta, a banker and activist, also frowned at the development and tweeted: “Priority for any service should be on the basis of decorum or prevalent policy. No one is above rules and law. The law can take its course and we stand for justice always! We are with you on this issue, pls take action which will stop future queue breaking occurrences!”

Tanmay is the grandson of senior BJP MLC and ex-minister, Shobha Fadnavis, and son of Abhijit Fadnavis — the cousin of Devendra Fadnavis, a former Chief Minister of the state.

The ruling Maha Vikas Aghadi (MVA) partners slammed the BJP and Fadnavis over the development since the Centre has permitted only people above 45 years of age to get the jab, while those above 18 shall be allowed from May 1.

“The Central government has put the condition that only people over 45 years can be vaccinated currently. Then how can Fadnavis’ nephew (who is only 22) can get the vaccine? The lives of BJP leaders’ and families are important. Are the common people insects? Isn’t their lives worth anything,” the Maharashtra Congress said in a tweet.

“Tanmay Fadnavis did break the queue and get both his jabs. His grandmother Shobhatai (Fadnavis), also a BJP leader (dynasty), asks if it is a sin to get the vaccine. What a family of rule breakers,” tweeted Shiv Sena MP Priyanka Chaturvedi.

Though Tanmay removed his social media video soon after an uproar erupted, his uncle Devendra Fadnavis is being slammed with many demanding to know how the youngster got the jab, who cleared it when even the eligible people are deprived of the vaccine.

Since the past couple of weeks, the Maharashtra government had repeatedly urged the Centre to increase its share of vaccine quota considering the huge number of Covid cases and fatalities in the state, which are the highest in the country.