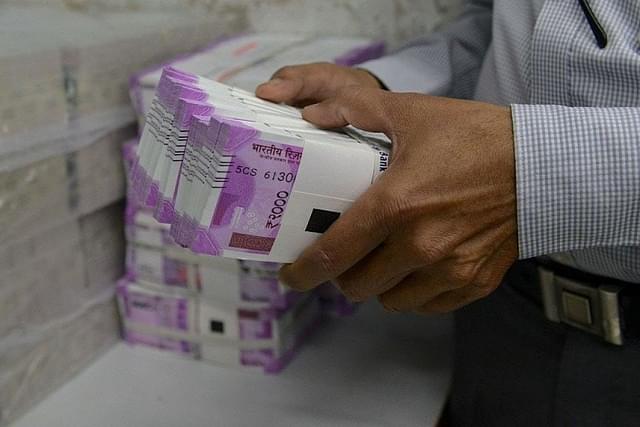 THIRUVANANTHAPURAM: The Kerala unit of the BJP is in a tight spot over allegations of a huge amount being transported from Kozhikode in north Kerala to Ernakulam allegedly for distribution to the party candidates for the April 6 Assembly election being waylaid and robbed on April 3.

A person has filed a complaint before the Thrissur rural police that an amount of Rs 25 lakh which he was carrying in his vehicle to pay advance money for a land transaction was robbed from him on the Thrissur-Kodakara highway.

CPI-M’s acting Secretary and convenor of the ruling Left Democratic Front (LDF), A. Vijayaraghavan, however, alleged that this money was “Hawala” money being used for the BJP to fund its electioneering and the money was meant for party candidates. He called upon the Election Commission to conduct a detailed investigation into the complaint and to bring to book those responsible for the deal.

He also alleged that the BJP is responsible for “Hawala” network and added that this was the first time such a huge money transfer has taken place in the state.

Vijayaraghavan alleged that an amount of Rs 3.5 crore was allegedly swindled and that senior state leaders of the BJP were behind the deal.

Kerala Police have constituted a team led by Chalakkudy DSP, Jijimon to investigate the case with the Thrissur’s Superendiendent of Police, Rural, Poonkuzhali supervising the investigation. Police have already recorded the statement of the driver of the car, Shajeer, who has deposed that three cars had followed his vehicle, stopped and overpowered him and fled with the money. However police sources did not reveal the details of what was deposed by the driver.

There are allegations that the senior BJP leaders in Thrissur district and the state leadership of the party knows about the incident. Police sources revealed that the team pursuing the case has already zeroed in on a few groups in Kannur district and some nefarious elements in Thrissur itself to be behind the direct action.

With the post of Union Minister, Muraleedharan has been trying to cut to size his rival leaders in the party and Shobha Surendran who was the state General Secretary and core committee member was demoted to the post of state vice president ever since Muraleedharan’s aide K. Surendran became the state chief.

The present allegation of huge money being swindled and that BJP leaders were responsible for this is seen as a reflection of the intense group rivalry taking place in state BJP and the state RSS leadership seems to be mere spectators.