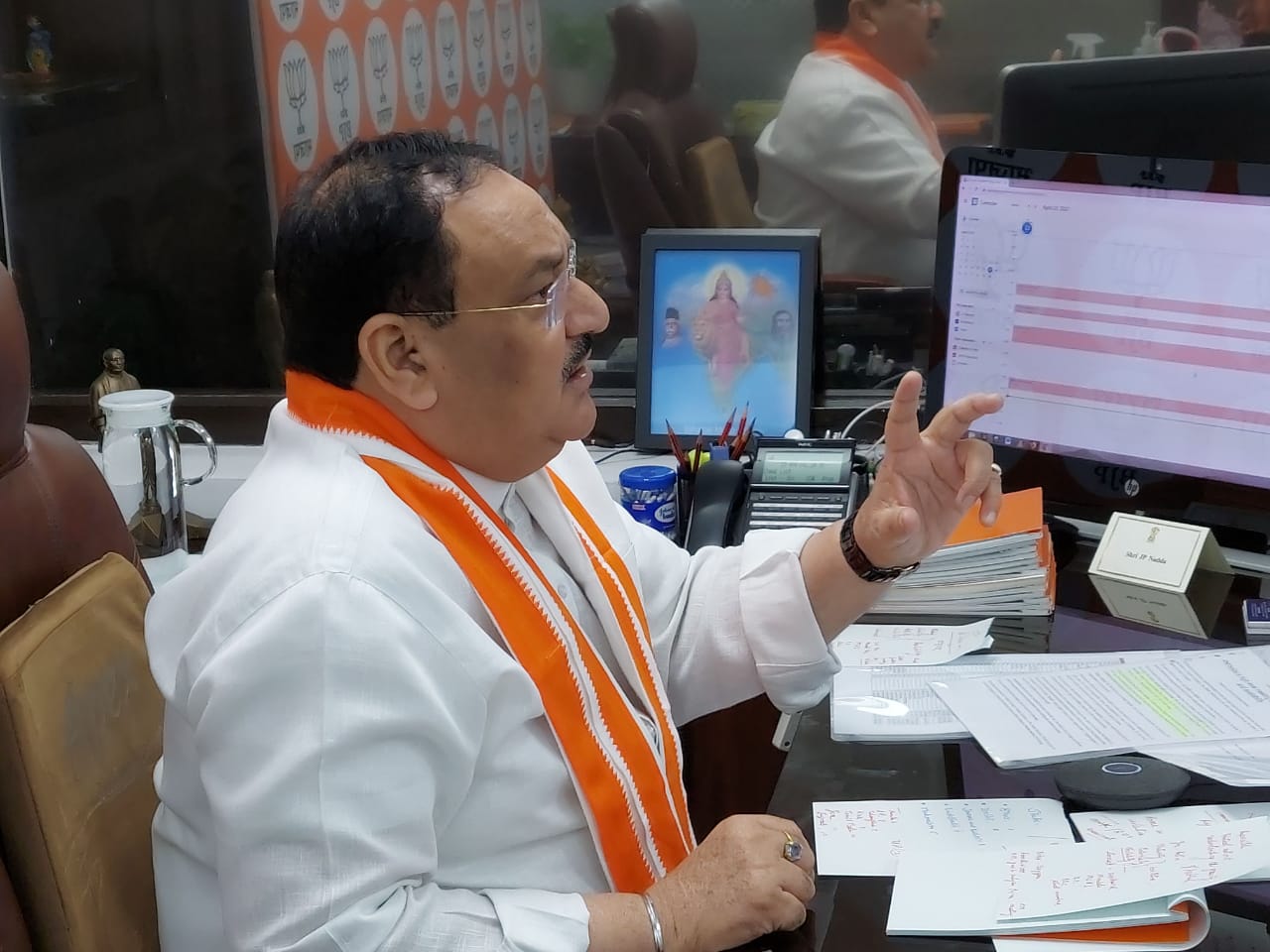 Nadda also asserted his party had upheld the culture and legacy of Bengal as against the insulting language adopted by Banerjee against the BJP leadership.

“During the campaign for the eight-phase elections, which comes to an end on Monday, Mamata Banerjee has made all efforts to mislead the people of Bengal and to instigate them using issues like insider-outsider and culture,” he said addressing a virtual public meeting here.

The last phase of polling will be held on April 29 and the counting is scheduled for May 2.

Claiming that BJP has left no stone unturned to reach the message of Netaji Subhas Chandra Bose and Shyama Prasad Mookerjee to all corner of the country, he said “it is you who (Banerjee) is the outsider and we who are the true insiders.” Banerjee in her speeches has often spoken of ‘bahiragoto (outsiders) bringing Corona virus to the state.

Contending that Prime Minister Narendra Modi has often spoken of the sweetness of Bengali as a language, Nadda asked “but the language you (Banerjee) use, is that the culture of Bengal?” BJP has earlier too accused the chief minister of using expletives against top BJP leaders including Modi.

“It is the BJP which has upheld the culture and legacy of Bengal while Mamata Banerjee has insulted the state through her abusive language and arrogance we (BJP) have made our points in a refined manner, in the true tradition of the state,” he said. Nadda, a former Union Health Minister, sought to know how the state government is providing daily updates on vaccinations to the Centre if vaccines are not available in West Bengal.
He said that while on the one hand Banerjee is “making false allegations” on availability of vaccines, on the other she chose to absent herself from meetings convened by the prime minister on the nationwide inoculation programme.

Accusing the TMC of unleashing violence in the state during the campaign, he condemned the “murderous attack” on BJP candidate from Malda, Gopal Chandra Saha, maintaining that the people will answer “bullets with ballots”.

Nadda said that Saha, who was shot in the neck on April 18 by unidentified assailants at Malda, is fighting for his life in a hospital.

He claimed that Malda, popular for its rich harvest of mangoes across the country, is now better known for bomb making and fake currency.

“Didi has admitted defeat in this election and is expressing her anger violence is being perpetrated by TMC goons on BJP workers and leaders,” Nadda alleged.

He claimed that the chief minister, who also holds the Health portfolio, is trying to spread panic by alleging that Covid-19 vaccines are not available in the state.

Nadda said several projects, including railway, road and solar power projects have already been taken up by the Centre for development of the state, and claimed more will follow once the BJP forms a government in West Bengal.