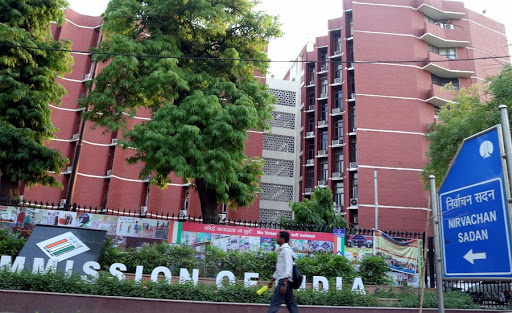 The Supreme Court Monday termed as too far fetched the poll panel’s plea for restraining media from reporting remarks in court proceedings and came out in support of high courts saying it does not want to demoralise them as they are vital pillars of democracy.

A bench of Justice D Y Chandrachud and M R Shah assured the Election Commission that the high court’s remarks were not meant to run down the poll panel and it will try to balance the rights of two constitutional bodies – the HC and the EC – in its order.

The apex court reserved the order on the appeal of the Election Commission against Madras High Court’s critical remarks holding it responsible for the surge in COVID-19 cases in the country and fastening its responsible officials with the murder charges.

The bench said it would pronounce the order “expeditiously”.

Media should be able to report everything also to create accountability and the dialogue in court is often to create an umbrella of discussion, the bench said in a hearing conducted via video conferencing.

The media is an important and powerful watchdog in democracy and it cannot be stopped from reporting discussions in higher courts, it said.

Senior advocate Rakesh Dwivedi, appearing for the poll panel, submitted that COVID-19 management does not come under the EC’s purview and after 20 days of polls in Tamil Nadu, the high court said it should be charged with murder.

There was a continuous debate in media over the high court remarks on murder charges against the poll panel, he said, adding that somewhere a line has to drawn.

The apex court, however, asked EC to take the observations of the high court in the right spirit and said, “You have done a good job”.

“We will take into account EC’s grievance and to the best of our abilities, try to balance between rights of the poll panel and high courts,” the bench said.

The top court told Dwivedi that Madras High Court’s effort was not to run down the EC as an institution.

The Election Commission had moved the top court on Saturday challenging the critical observations made by the Madras High Court holding it responsible for a surge in COVID-19 cases in the country, saying the remarks were “uncalled for, blatant and disparaging”.

The high court had, on April 26, castigated the EC for the surge in COVID-19 cases during the second wave of the pandemic, holding it “singularly” responsible for the spread of the viral disease, called it the “the most irresponsible institution” and even said its officials may be booked under murder charges.

The poll panel allowing political parties to take out rallies and organise meetings had led to the surge in COVID cases, the court had observed.

The EC’s appeal against these remarks was trashed by the division bench of the high court on April 30, leading the poll watchdog to approach the top court.

The division bench of the high court, on April 26, made the stinging observation on a plea moved by Tamil Nadu’s Transport Minister MR Vijayabaskar, who was the AIADMK candidate from Karur in the April 6 Assembly polls, seeking a direction to the authorities concerned to ensure a fair counting of votes on May 2 in his constituency by taking effective steps and ensuring proper arrangements while following the COVID-19 protocols.

Since a total of 77 candidates were in the fray in Karur, it would be very difficult to accommodate their agents in the counting hall. It may affect the observance of the protocols, the petitioner had alleged.

When the EC’s counsel told the judges that all necessary steps were being taken, the bench shot back, saying by allowing the political parties to take out rallies and organise meetings, it (commission) had paved the way for a resurgence of the deadly virus.

Irked over the submission made by the EC’s counsel that all precautionary measures would be taken at the counting centres, the chief justice replied that the poll panel must be “singularly” held responsible for the sudden surge in the number of coronavirus cases in the country.

The bench had even said that EC officials may be booked under murder charges.

In this article:Election Commission, Supreme Court