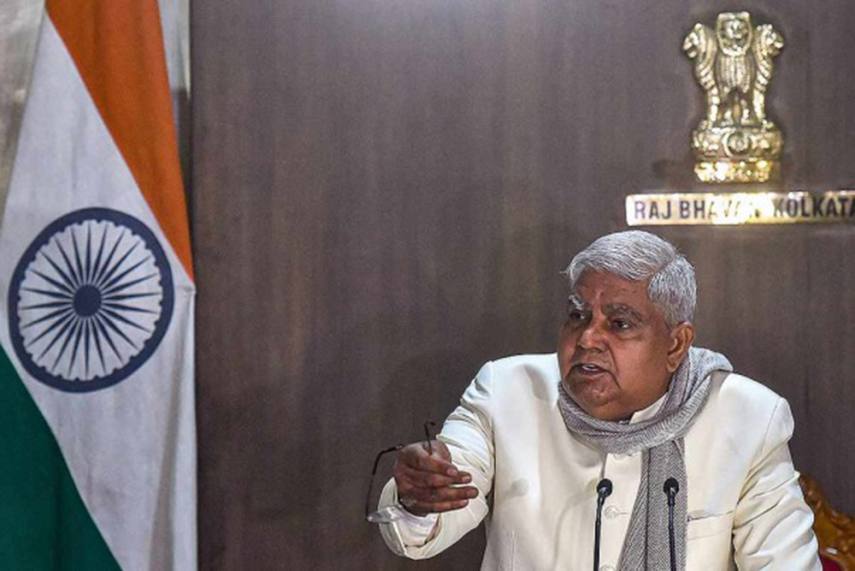 NEW DELHI: West Bengal Governor Jagdeep Dhankhar, on a request by the CBI, sanctioned the prosecution of Firhad Hakim, Subrata Mukherjee, Madan Mitra and Sovan Chatterjee, all of them ministers during the time of the alleged commission of a crime that came to light in the purported Narada sting tapes, a Raj Bhavan official said on Sunday.

“Honourable governor is the competent authority to accord sanction in terms of law as he happens to be the appointing authority for such ministers in terms of Article 164 of the Constitution,” a statement issued by the officer on special duty (communication), Raj Bhavan, said.

All four were ministers in the Mamata Banerjee cabinet when the tapes were allegedly made in 2014.

Hakim, Mukherjee and Mitra have been re-elected as TMC MLAs in the just-concluded assembly elections, while Chatterjee, who left the TMC to join the BJP, has severed links with both the camps.

The statement said that the sanction for prosecution of the four leaders was accorded by Dhankhar “after the CBI had made a request and made available entire documentation relevant to the case to the honourable governor and he invoked his powers under Article 163 and 164 of the Constitution, being the competent authority to accord such sanction”.

The Narada sting tapes, made public before the 2016 assembly elections in West Bengal, were claimed to have been shot in 2014, wherein people resembling TMC ministers, MPs and MLAs were allegedly seen receiving money from representatives of a fictitious company in lieu of promised favours.

The sting operation was allegedly conducted by Mathew Samuel of Narada News portal.

The Calcutta High Court had ordered a CBI probe into the sting operation in March, 2017.