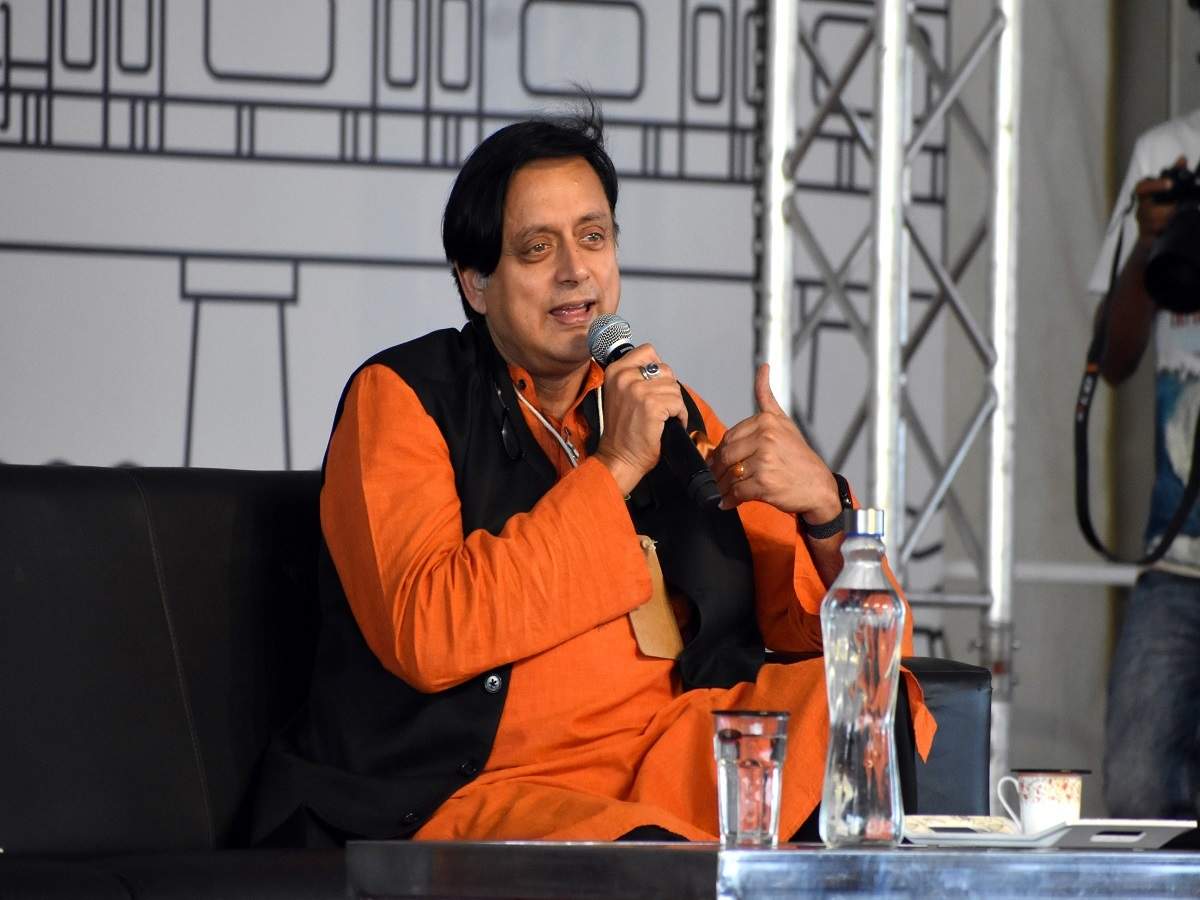 The noun, which had Twitterati once again running for their dictionaries, came up as Tharoor engaged in friendly banter with TRS working president K T Rama Rao over COVID-19 medicine names.

Oxford dictionary describes floccinaucinihilipilification as the action or habit of estimating something as worthless.

It started with Rama Rao, or KTR as he is popularly called, wondering why medicine names are so tough to pronounce.

“On a lighter note, any idea who comes up with this unpronounceable names for meds? – Posaconazole – Cresemba – Tocilzumab – Remdesivir – Liposomal Amphoterecin – Flavipiravir – Molnupiravir – Baricitinib. And the list goes on,” he said on Thursday night.

@ShashiTharoor Ji Pakka has a role to play in this.

Tharoor responded to the Telangana Rashtra Samiti leader, popularly known as KTR, in the same spirit.

Not guilty! How can you indulge in such floccinaucinihilipilification, @KTRTRS? Left to me I'd happily call them "CoroNil", "CoroZero", & even "GoCoroNaGo!" But these pharmacists are more procrustean…. https://t.co/YrIFSoVquo

“Not guilty! How can you indulge in such floccinaucinihilipilification, @KTRTRS?” “Left to me I’d happily call them “CoroNil”, “CoroZero”, & even “GoCoroNaGo!” But these pharmacists are more procrustean….,” the MP from Thiruvnanthapuram tweeted.

The author-politician had slipped in another not-used-so-often word. But there was scarcely any attention on procrustean’, an adjective defined by Oxford as (especially of a framework or system) enforcing uniformity or conformity without regard to natural variation or individuality. The focus was on the many-syllabled floccinaucinihilipilification — 29 letters and three more than the English alphabet.

According to the Cambridge dictionary, The honour of being the longest non-technical word goes to floccinaucinihilipilification.

Several people responded to Tharoor’s post, with many joking about how difficult it was to pronounce the word and many others sharing memes on it.

Tharoor has been a man of many words earlier too. In the past, he has stumped people with rarely used English words such as “farrago” and “troglodyte”. While farrago means a confused mixture, a troglodyte means a person regarded as being deliberately ignorant or old-fashioned.