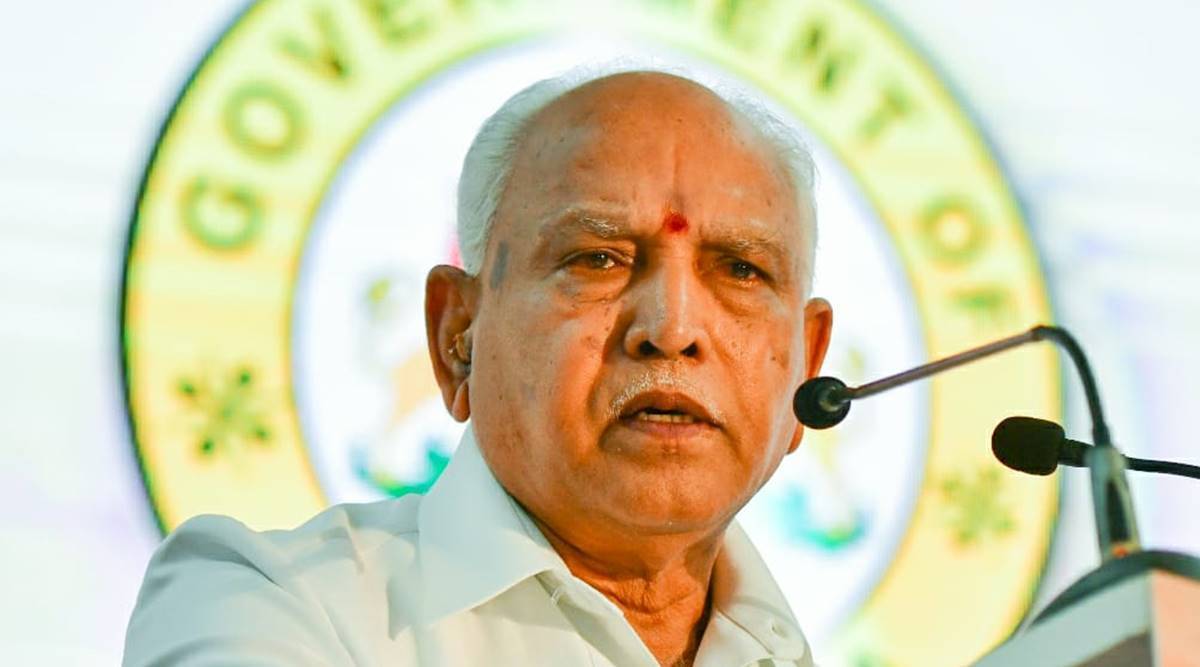 BENGALURU: Amid speculations about a leadership change in Karnataka, Chief Minister B S Yediyurappa on Sunday said he will continue in the top post as long as the BJP high command has confidence in him and he had no confusion about it.
The Chief Minister also said, he won’t agree that there was no alternate leader to replace him in the state BJP.
“…as long as the Delhi high command has confidence in me, I will continue as the Chief Minister. The day they will say they don’t want me, I will resign and work day and night for the development of the state,” Yediyurappa said in response to a question on attempts to replace him.
Speaking to reporters here, he said, “I’m in no confusion. They (high command) have given me an opportunity, I’m trying beyond my strength to utilise the opportunity for good.
Rest is left for the high command.”

This is possibly the first time that the 78-year old Lingayat strongman has spoken in detail on the issue of leadership change and regarding an alternate leader to replace him in the state BJP, ever since speculations began in this regard.

Speculations have been rife for some time now that efforts were on, within the ruling BJP to exert pressure for unseating Yediyurappa.

The recent visit by state Tourism Minister C P Yogeeshwara and Hubballi-Dharwad West MLA Arvind Bellad to Delhi, reportedly with an intention to meet the high command and express the feelings of some legislators against Yediyurappa’s style of functioning and request them to rein in the Chief Minister, had given credibility to such speculation.

Also, citing certain decisions taken by the government, its handling of the COVID crisis and alleged instances of corruption, a few MLAs were said to be pushing for convening a legislature party meeting.

However, state BJP President Nalin Kumar Kateel and Union Minister of Parliamentary Affairs Pralhad Joshi had ruled out leadership change and had said that Yediyurappa will complete the term.

Several legislators considered close to the Chief Minister too had rallied around him questioning the need for such a change and asserted that the veteran leader will complete the term and will even lead the party during the next polls two years away.

Leaders like MLA Basanagouda Patil Yatnal and MLC A H Vishwanath, have been embarrassing the government with their statements, Tourism Minister C P Yogeshwar recently got added to the list.

Vijayendra’s alleged interference in the administration is seen as one of the main reasons for growing disgruntlement against Yediyurappa’s leadership within the party, the allegation which the Chief Minister’s younger son has repeatedly rejected.

Earlier too there has been intense speculation in some quarters that the BJP high command is mulling leadership change in Karnataka in the days to come considering Yediyurappa’s advancing age.

There is an unwritten rule in the BJP that leaders above 75 years should not hold ministerial positions.

Though the BJP had officially rejected outright such speculation in the past, it refuses to die down, with some within the party like senior MLA Yatnal giving credence to it with his statements, setting repeated deadlines for Yediyurappa’s exit.