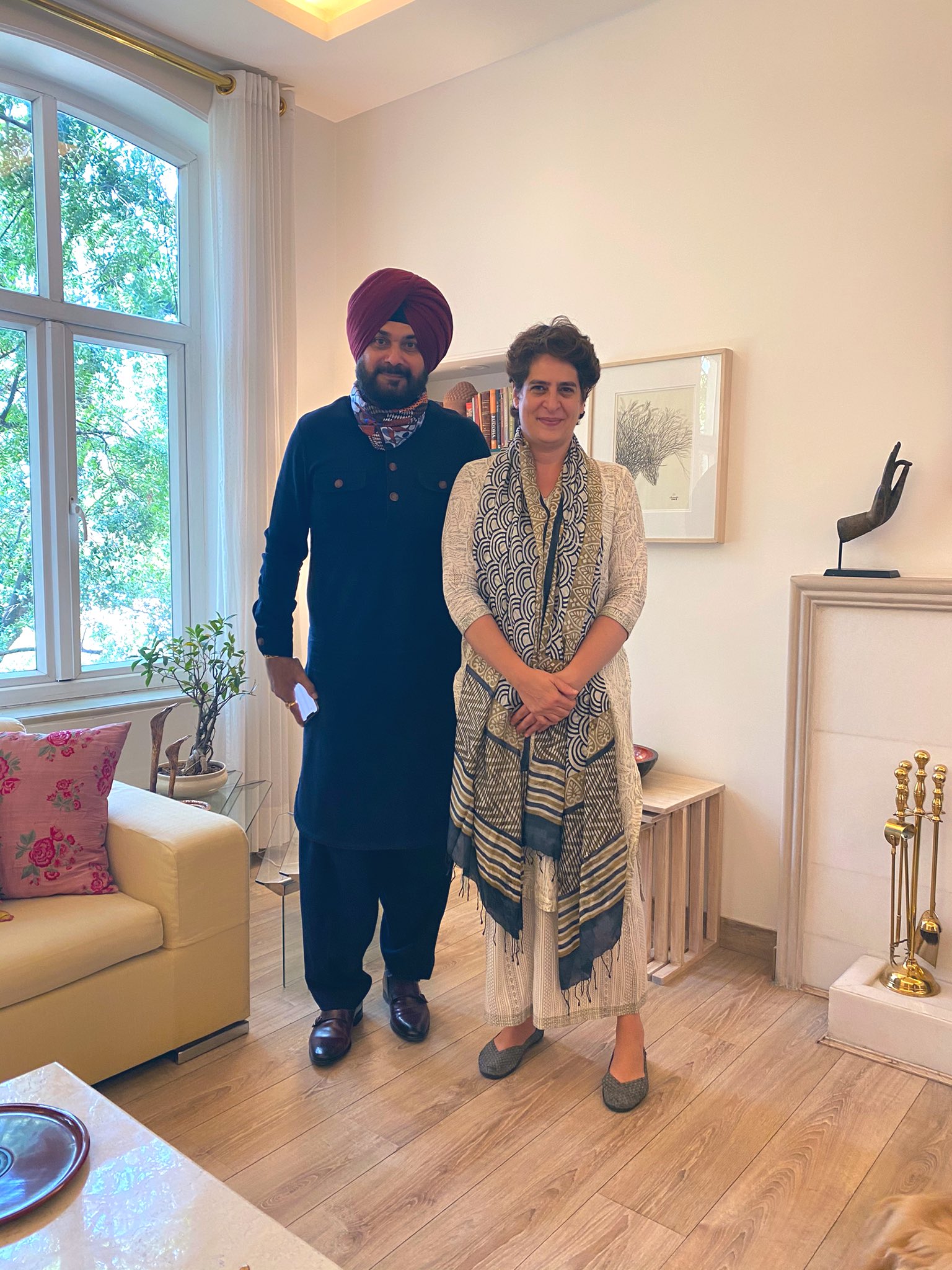 NEW DELHI: Punjab Congress leader Navjot Singh Sidhu met party general secretary Priyanka Gandhi Vadra on Wednesday morning, and is learnt to have discussed his role in the revamp in the party’s state unit ahead of assembly polls.

Sidhu had said on Tuesday that he was slated to meet Rahul Gandhi but the latter denied that there was any scheduled meeting with him.

The former Punjab minister is at loggerheads with Chief minister Amarinder Singh and has gone public against him.

Sidhu said he had a long meeting with Vadra.

“Had a long meeting with @priyankagandhi Ji,” Sidhu tweeted, along with a picture with Vadra.

The Congress leadership is trying to revamp the party’s Punjab unit and present a united face ahead of assembly elections in the state early next year.

Sources said the party leadership is trying to work out a position for Sidhu in the revamped party or state government, but he is adamant on not working with CM Singh.

Rahul Gandhi has been meeting party leaders from Punjab for their views on the political situation and steps needed to strengthen the party ahead of the 2022 assembly polls.

Sidhu, who had resigned from the Punjab Cabinet after he was divested of the local bodies portfolio in 2019, has been at loggerheads with Chief Minister Singh.

He has attacked the chief minister over the alleged delay in justice in the 2015 incidents of sacrilege and subsequent police firing.

The chief minister had slammed Sidhu for continuously attacking him over the sacrilege issue and termed the former’s outbursts “total indiscipline”.

Earlier this month, Sidhu had appeared before a three-member panel set up by the Congress to resolve the infighting within the party’s state unit.

On June 22, Singh appeared before the panel, headed by Leader of Opposition in Rajya Sabha Mallikarjun Kharge, in Delhi. However, he returned to Chandigarh without an audience with party president Sonia Gandhi or Rahul Gandhi.