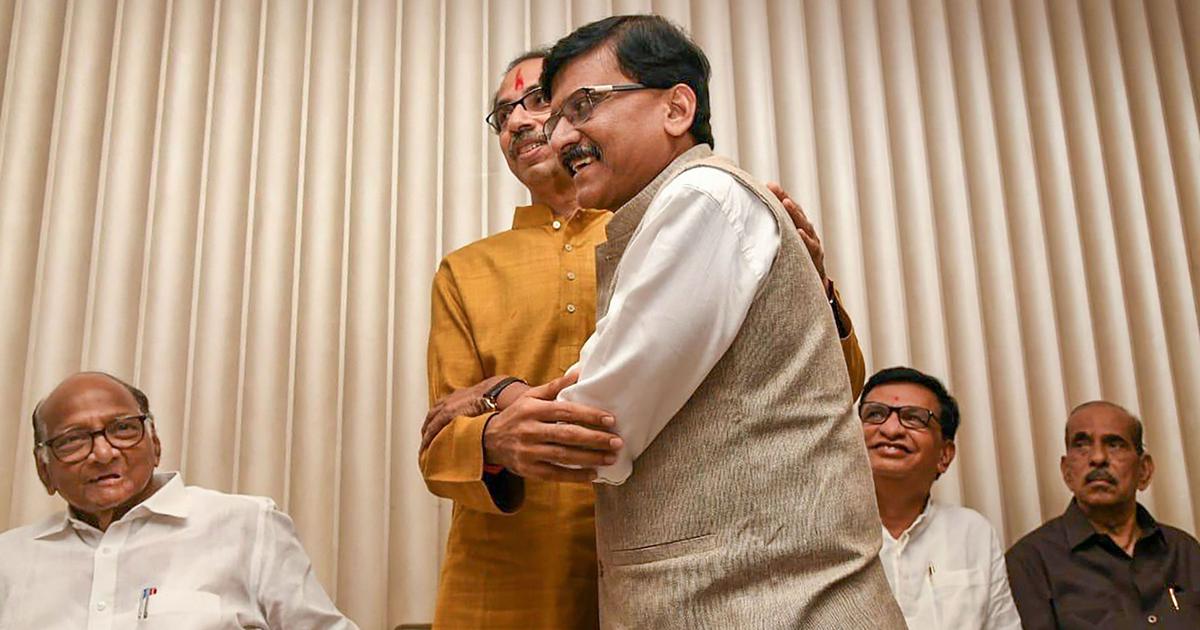 NEW DELHI: Shiv Sena MP Sanjay Raut on Thursday said the BJP in Maharashtra was under the wrong impression that it can shake the state MVA government by levelling “false allegations” against legislators and ministers.

The Maha Vikas Aghadi (MVA- comprising the Shiv Sena, NCP and Congress) has “decided to fight back” and respond to such tactics to ensure stability in the state, Raut, who is in New Delhi, told a news channel.

He said NCP president Sharad Pawar was like a “father figure” to Maharashtra Chief Minister and Sena head Uddhav Thackeray, amid speculation in state political circles over differences among the MVA allies.

“Delhi has been dug up for the Central Vista project and traffic routes have been changed, but the BJP should know that the path of the Maharashtra government cannot be changed,” the Rajya Sabha member said.

Referring to it, Raut said if the BJP feels it can destabilise and weaken the MVA with such tactics, “it is wrong”.

“It is impossible to weaken the MVA by implicating legislators and ministers in false cases with the help of central investigating agencies,” the Shiv Sena’s chief spokesperson asserted.

He said there are no problems among the MVA partners.

“The MVA has become stronger after the one-on-one meeting of Uddhav Thackeray with Prime Minister Narendra Modi,” he said.

Asked about the meeting between Sharad Pawar and Uddhav Thackeray held earlier this week, Raut said it has been decided to fight back all false allegations and respond to the charges (levelled by opposition).

Likening the MVA allies to ‘Pandavas’ (characters of the epic Mahabharat), the Sena leader said “the Pandavas were guided by Lord Krishna and stood for the truth, while ‘Kauravas’ stood for falsehood and sought power by any means”.

Asked if he was calling the opposition BJP as ‘Kauravas’, he said, “The Kauravas were a symbol (of falsehood). I am not referring to them as Kauravas.”

When asked if he had come to Delhi to meet the Congress leadership, Raut replied, “I may meet, but all these meetings are invisible.”

To a query on why Maharashtra Governor B S Koshyari has to remind the state government to hold the Assembly Speaker’s election, Raut quipped, “I wonder why Governor Koshyari forgets to sign the appointments of 12 members to the state Legislative Council (under the governor’s quota).”

The MVA government and the governor have been at loggerheads over the appointment of members of the Legislative Council (MLCs), with the former accusing Koshyari of purposely sitting on the file cleared by the state Cabinet in November last year.
In a letter dated June 24 this year, Koshyari asked CM Thackeray to extend the duration of the upcoming monsoon session of the state legislature and fill the post of the Assembly Speaker urgently, citing demands raised by a BJP delegation.

In February this year, the then Speaker Nana Patole quit after he was appointed as the president of the Maharashtra Congress unit.