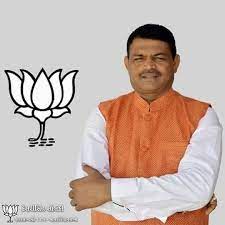 GODHRA: BJP MLA Kesarisinh Solanki and 25 others were arrested by Panchmahal district police in Gujarat on Thursday on the charges of gambling and possession of liquor, said an official.

Panchmahal police raided a resort near Pavagadh town of the district late Thursday evening and nabbed the MLA along with 25 others, said inspector Rajdeepsinh Jadeja of the Local Crime Branch.

“We found Solanki and 25 others gambling. We also recovered liquor bottles from their possession. Further investigation is on,’ the officer said.