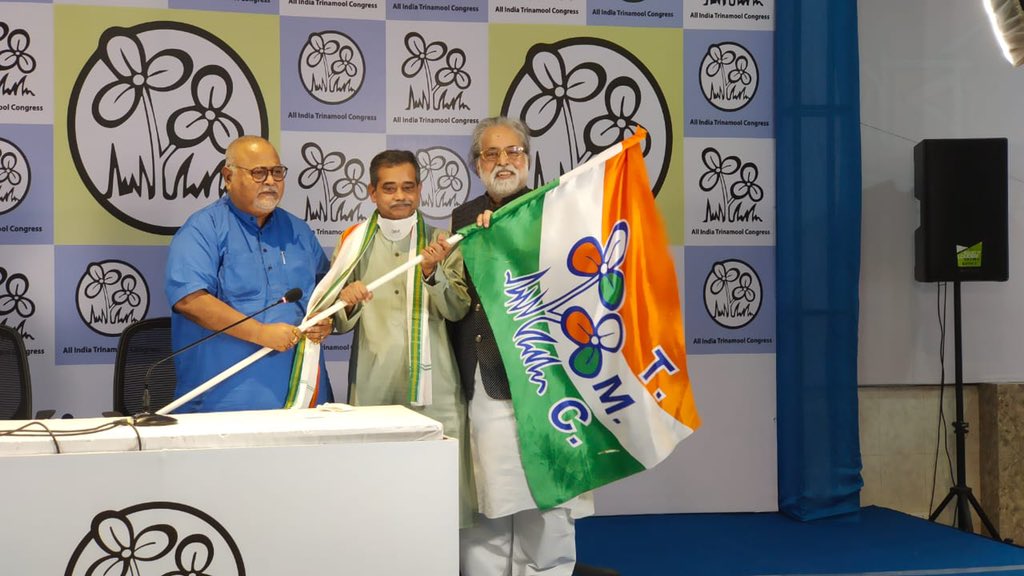 KOLKATA: Former President Pranab Mukherjee’s son and ex-Congress MP Abhijit Mukherjee joined the Trinamool Congress here on Monday.
The former two-time lawmaker from Jangipur constituency in Murshidabad district of West Bengal had been in talks with the TMC leadership over the past few weeks, party sources said.
He was welcomed into the party by TMC leader in Lok Sabha, Sudip Bandopadhyay, amid shouts of ‘Mamata Banerjee Zindabad!’

We are certain that your contribution towards fulfilling @MamataOfficial's vision for a brighter Bengal shall be valued by all. pic.twitter.com/oSQgmfxVCR

“Didi succeeded in halting the BJP juggernaut in West Bengal. She is the most credible secular leader in the country who can fight and defeat the communal BJP. I have left one Congress to join another. We are sure of resisting the saffron camp across India in the future,” Mukherjee said.

The newly inducted leader said that while he was in touch with Mamata Banerjee and her nephew Abhishek Banerjee before the assembly elections, had he joined the TMC before the polls, it would have been construed that he switched allegiance for some post.
“I don’t hanker for any post. I work as a grassroots worker and it is up to the party to decide how to use me. I did not have any post in the Congress,” Mukherjee added.
TMC secretary general Partha Chatterjee said the party hopes that Abhijit Mukherjee’s political acumen and sagacity will help it to ensure a “BJP-free India” in the future.

“We would like to use his services appropriately to fight the communal, undemocratic and fascist forces. He is the son of Pranab Mukherjee, who was our source of inspiration on many matters. He was a politician with deep roots in secular and progressive values,” Chatterjee added.