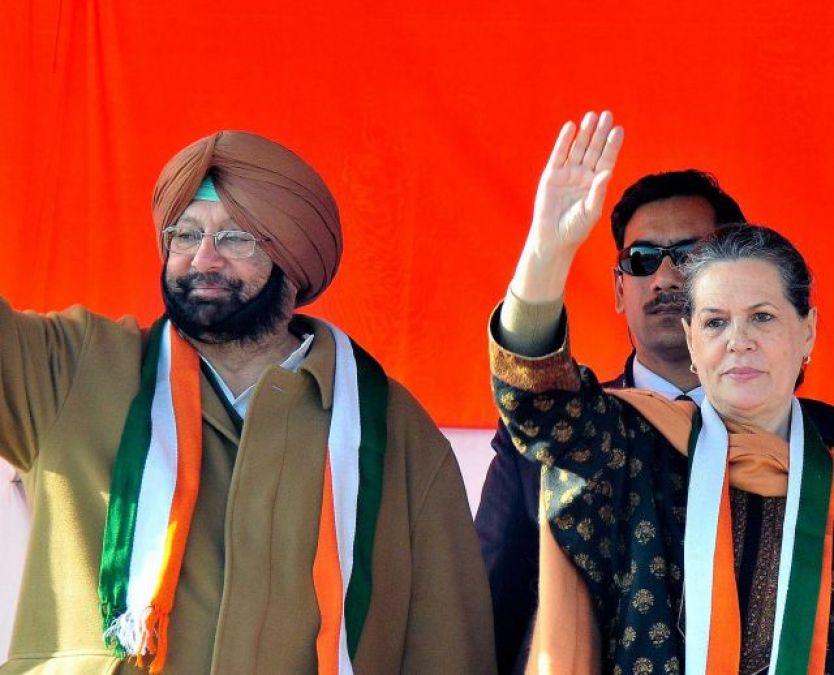 NEW DELHI: Punjab Chief Minister Amarinder Singh on Tuesday met Congress president Sonia Gandhi at her residence here amid efforts by the party leadership to end factionalism in the party unit in the poll-bound state, sources said.
The meeting comes amid continued attack by former Punjab minister Navjot Singh Sidhu on the chief minister.
Singh and Sidhu have been at loggerheads over various issues.
Sources said that during the discussions, Singh and Gandhi will work out a formula to end factionalism by accommodating all sections, castes and regions in the overhaul of the Punjab state unit of the party as well as the state cabinet, with just months to go for the assembly polls.
Singh was in Delhi twice last month to meet the three-member panel headed by Leader of Opposition in Rajya Sabha Mallikarjun Kharge, set up to resolve the infighting in the Punjab Congress.
Singh’s meeting with Sonia Gandhi came days after Sidhu had met former party chief Rahul Gandhi and general secretary Priyanka Gandhi Vadra.