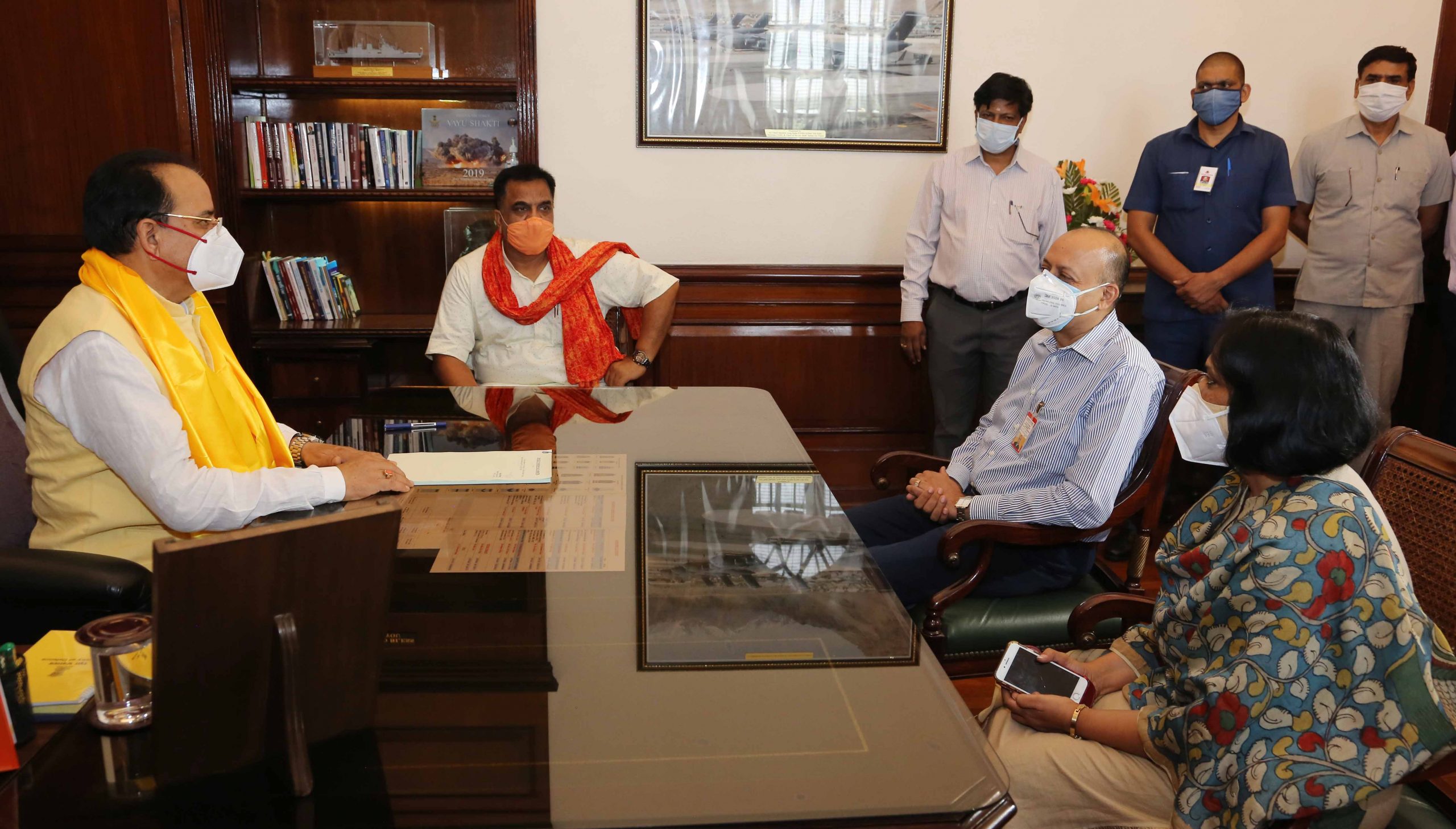 NEW DELHI: Ajay Bhatt took over as Raksha Rajya Mantri on July 08, 2021. After assuming charge, he called on Raksha Mantri Rajnath Singh at his office in South Block.

Defence Secretary Dr Ajay Kumar and other senior officials of Ministry of Defence received Shri Ajay Bhatt and welcomed him into his office. In a tweet,

Bhatt thanked Prime Minister  Narendra Modi for giving him the responsibility, saying that he will strive to build the ‘AatmaNirbhar Bharat’ of the 21st century.

Bhatt is a Member of Parliament from Nainital-Udhamsingh Nagar constituency, Uttarakhand. He is the member of Standing Committee on Defence; Consultative Committee, Ministry of Health and Family Welfare; Committee on Subordinate Legislation; Joint Committee on the Personal Data Protection Bill 2019 and Committee on Estimates.

He had, earlier, served as Cabinet Minister in Uttarakhand government, holding portfolios such as Parliamentary Affairs, Health and Disaster Management. He was also the Leader of Opposition in Uttarakhand Legislative Assembly.