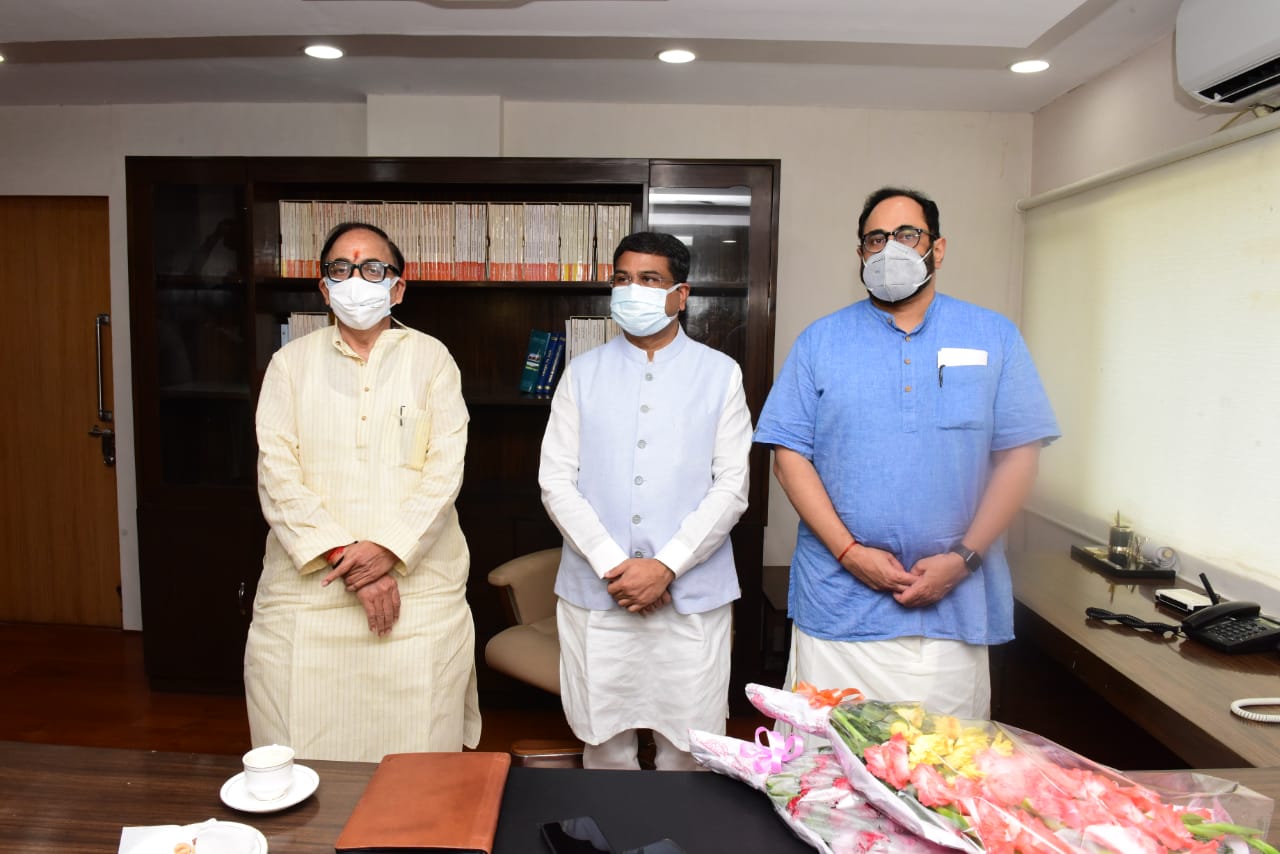 Dr. Mahendra Nath Pandey, who was Minister of Skill Development and Entrepreneurship before yesterday’s Cabinet reshuffle, was also present on the occasion and extended his best wishes to both minsters on taking office.

Pradhan said he was committed to strengthen the skilling efforts of the ministry and equipping the youth with necessary skills to prepare them for Future of Work, and creating linkages between skilling and employment.

He also extended his wishes to Chandrasekhar on his assuming charge as MoS, and said he was looking forward to work together to give impetus to entrepreneurship and fulfil Prime Minister Narendra Modi’s vision of making India the skill capital of the world.

SChandrasekhar said he was privileged and honoured to serve as MoS in the Skill Development and Entrepreneurship Ministry, adding he would work hard to realise the Prime Minister’s vision of a Digital, Skilled and New India.

In this article:Dharmendra Pradhan, Rajeev Chandrasekhar