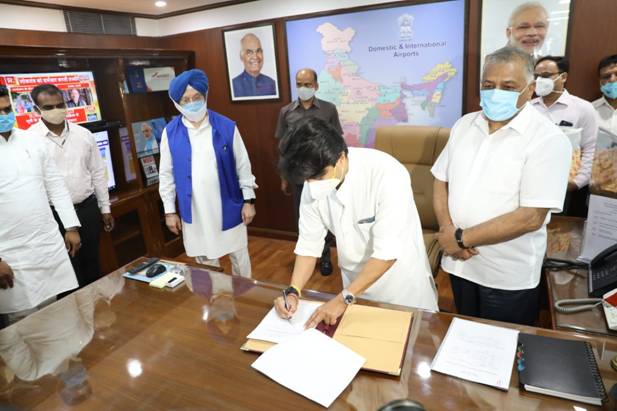 NEW DELHI: Jyotiraditya Madhavrao Scindia assumed charge as Minister of Civil Aviation here today. In a tweet, Scindia said, “Delighted to take the baton of the Ministry of Civil Aviation from Hardeep S Puri. I resolve to discharge my duties with earnestness & continue the good work undertaken by him.”

With regards to educational background,Scindia is an Economics graduate from Harvard University and also did Masters of Business Administration (MBA) from Stanford University.