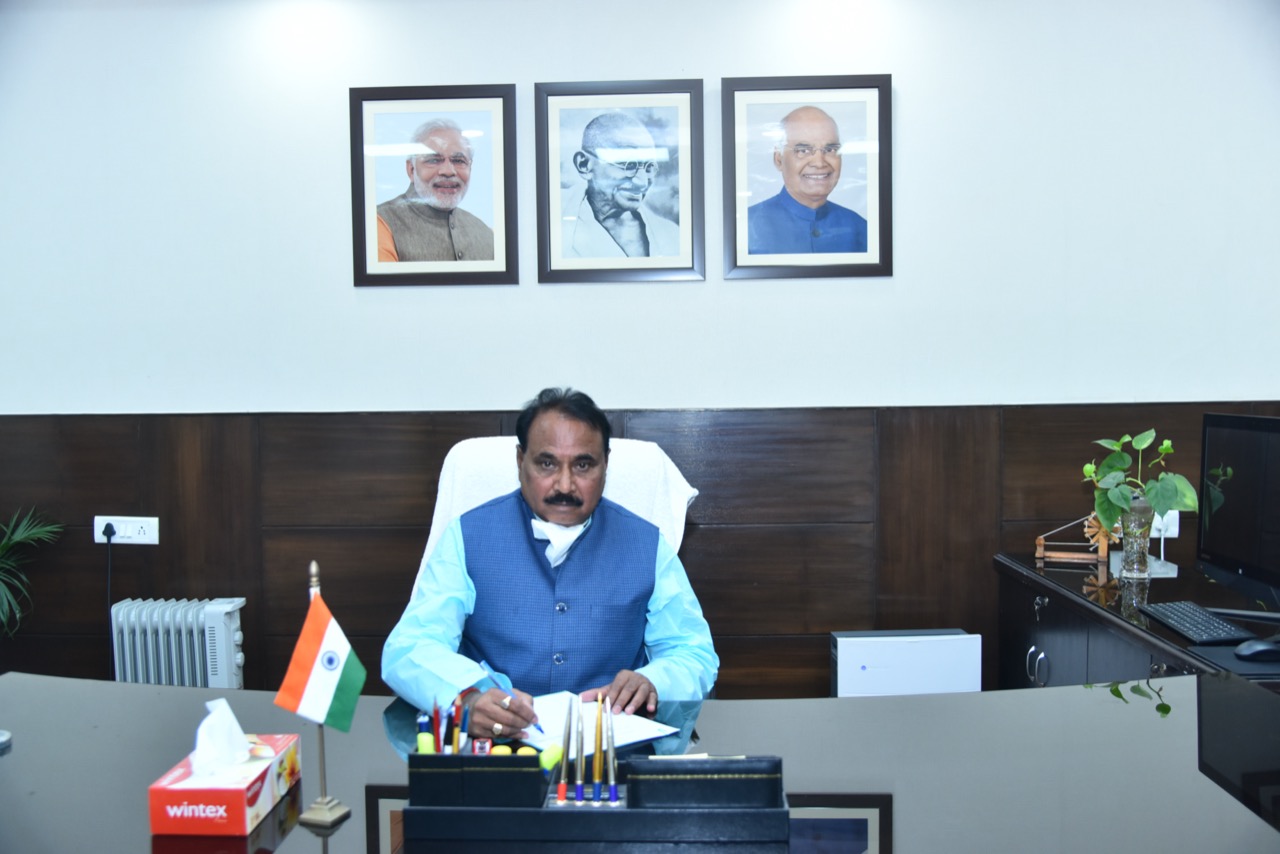 He was formerly Chief Minister of Maharashtra and has also served as a Cabinet Minister for Industry, Port, Employment and Selfemployment in the Government of Maharashtra.

He has been in public service across different capacities for over 35 years.

Addressing the media after taking charge Union Minister Rane lauded the Prime Minister for his dynamic leadership, and his concern for MSMEs. The Minister said MSMEs are amongst the strongest drivers of Economic Development, Innovation and Employment.

To ensure highest level of sustainable development of this promising sector, the Minister envisages to work on the vision to “Unshackle the MSMEs and unleash their full potential to double their contribution towards a 5 Trillion dollareconomy and transform the lives of the aspiring millions through jobs, exports and inclusive growth.”

The Minister of State stated that constant efforts are being made towards upliftment of MSMEs under “Self-Reliant India” through various schemes for Infrastructure Development, Credit & Financial Assistance, Technology Up-gradation, and Skill Development along with interventions like upward revision of MSME definition to include large number of Business units and exporters etc.

Addressing the officials of the Ministry after taking charge, Rane stated that numerous measures are being taken to empower the MSME sector. He urged the MSME Ministry officials to make a lasting contribution in their respective fields towards upliftment of MSMEs.