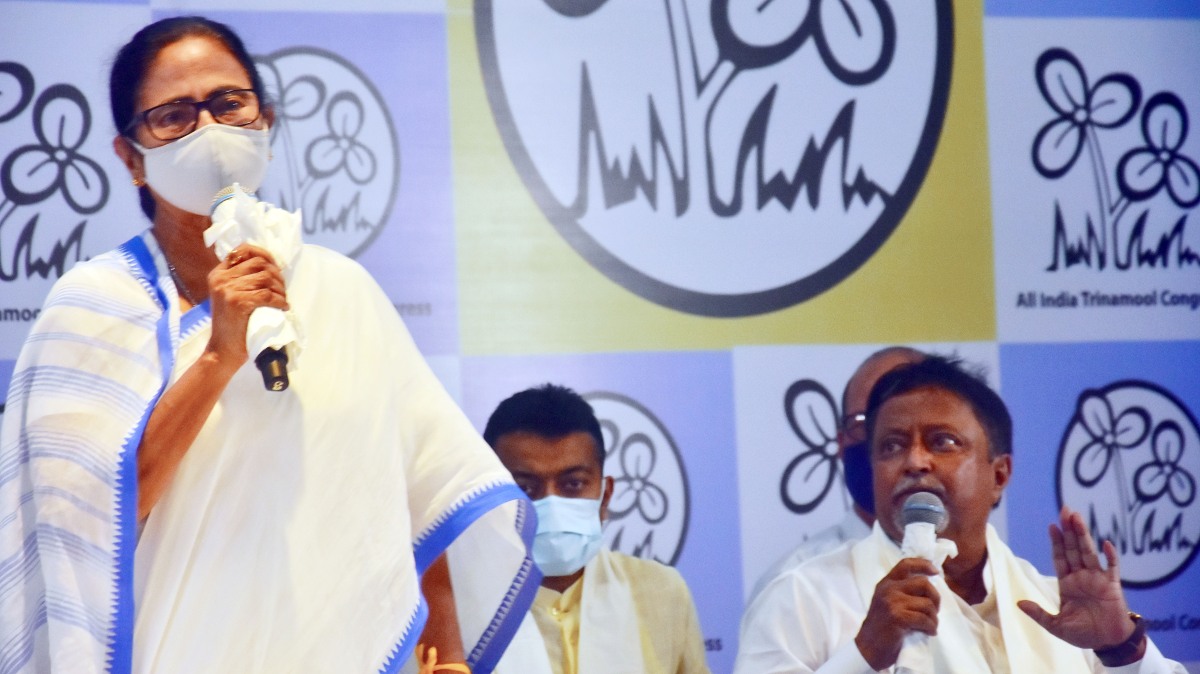 KOLKATA: Senior politician Mukul Roy, who recently switched over to the TMC after winning the state elections on a BJP ticket, was on Friday appointed as the chairperson of the Public Accounts Committee in West Bengal Assembly by Speaker Biman Banerjee.
Offended by the speakers decision, BJP MLAs, led by Leader of Opposition Suvendu Adhikari, staged a walkout, announcing that the party henceforth wouldn’t be heading any committee in the House.
Roy, officially a BJP MLA from Krishnanagar Uttar, joined the TMC last month. He, however, did not resign as a legislator, despite being asked to do so by the saffron party.
The TMC leader was elected from among twenty members of the Public Accounts Committee (PAC).
Asserting that an opposition MLA is always appointed as the PAC chairman, in accordance with the norm, Adhikari said the TMC misused that rule.
“We had proposed names of six MLAs. The BJP never recommended Mukul Roy. He publicly joined the TMC recently, but that clearly wasn’t taken into account,” the saffron camp MLA from Nandigram stated.
Adhikari further said that his party wanted eminent economist and MLA Ashok Lahiri to head the committee.
“This corrupt TMC government finds ways to get their stooges elected to the top post. We have decided that we won’t be heading any committee now on,” he said.
The leader of opposition further exuded confidence that Roy would soon be dismissed as an MLA under the anti- defection law.
Senior TMC Leader Subrata Mukherjee, countering Adhikari’s allegations, said Roy continues to be a BJP member in the Assembly.
“It has been a long-established tradition to appoint a senior leader of the opposition camp, who has experience in Parliament, as the PAC chairman. The speaker has simply followed that norm,” Mukherjee added.
Earlier, too, on separate occasions, Congress MLAs Manas Bhunia and Sankar Singh, who had joined the TMC without resigning as legislators, were appointed as PAC chairman.
Bhunia, when approached, said it is the prerogative of the speaker to decide on the appointment of the committee’s chairperson.
“That way, Mukul Roy fitted the bill in every aspect. He is a very senior leader and a former MP. And he is still a legislator of the BJP,” Bhunia asserted.
TMC legislature party leader Partha Chatterjee noted that BJP members have been made chairpersons of nine other panels in the Assembly.
“Roy’s appointment did not involve any impropriety. BJP leaders have been appointed as heads of nine other Assembly panels. The TMC believes in giving due respect to its opposition parties. Work won’t suffer even if the BJP refuses to take responsibility of other panels,” Chatterjee added.

The speaker, while talking to reporters, said if a BJP MLA isn’t willing to head a particular committee, the post concerned would go to the seniormost member after him.