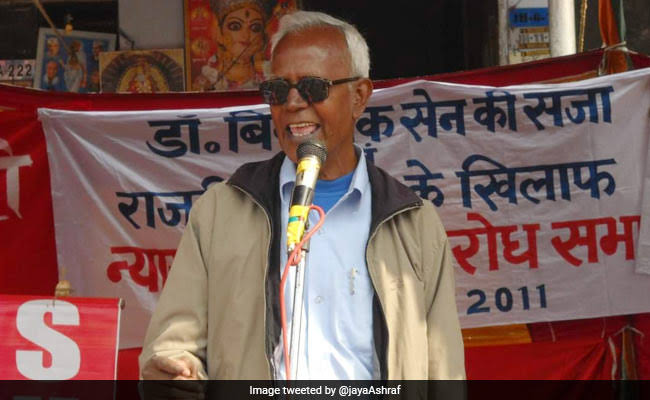 MUMBAI: Shiv Sena MP Sanjay Raut on Sunday said the death of Elgar Parishad-Maoist links case accused Jesuit priest Stan Swamy in custody cannot be justified even if Maoists are “more dangerous than Kashmiri separatists”.
In his weekly column Rokhthok in the party mouthpiece ‘Saamana’, Raut wondered whether India’s foundation was so weak that an 84-year-old man could can wage a war against it, and said being critical of an incumbent government doesn’t mean being against the country.
Swamy, 84, possibly the oldest person to be accused of terrorism in India, died in a Mumbai hospital recently in the middle of his fight for bail on health grounds.
“A government that is scared of an 84-year-old physically challenged man is dictatorial in character, but weak in the mind,” said Raut, who is the executive editor of ‘Saamana’.
The activities of the Elgar Parishad cannot be supported, but what happened later should be called a “conspiracy of cracking down on freedom”, Raut said, referring to the arrest of activists like Varavara Rao, Sudha Bharadwaj, Gaurav Navlakha and others in connection with the Elgar Parishad-Maoist links case.
Raut said all those arrested (in the case), including (scholar-activist) Anand Teltumbde, belong to a particular ideology who voice their rebellion through literature.
“Can they overthrow the government with this?” he asked.
Raut said Stan Swamy died in custody while Prime Minister Narendra Modi held talks with those who want autonomy for Kashmir and are demanding restoration of Article 370 there.
“We may not agree with the ideology of Maoists and Naxals. Swamy’s death in custody cannot be justified even if Maoists and Naxals are more dangerous than Kashmiri separatists,” the Rajya Sabha member said.
He expressed surprise over Prime Minister Modi’s name figuring in the list of global leaders who crack down on press freedom.
“The situation has not gone out of hand in India even if it is true that the government’s critics are put in jail under sedition laws. The Indian press also raises its voice against such incidents,” he said.

“Is the country’s foundation so weak that it can be threatened by an 84-year-old man?” Raut asked.