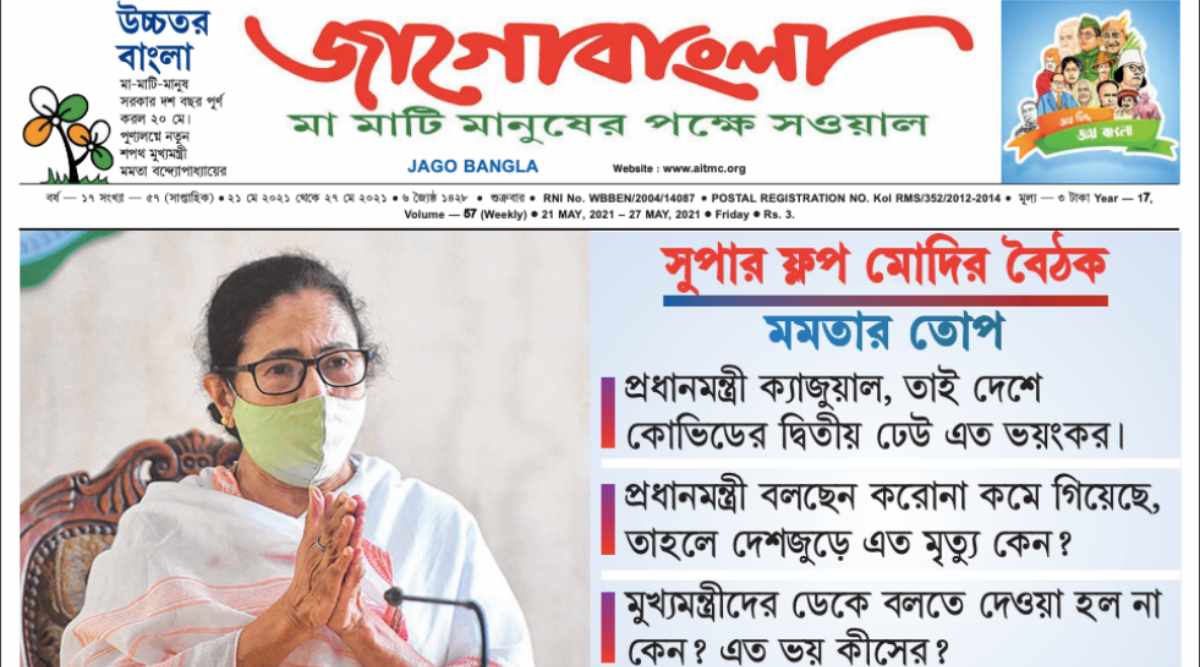 KOLKATA:The Trinamool Congress, after returning to power in West Bengal for the third time in a row, has decided to convert its weekly mouthpiece ‘Jago Bangla’ (Bengal, awake) to a daily from July 21.

“Jago Bangla has resonated with the people of #Bengal ever since its inception. Delivering the vision of @MamataOfficial it has steadily made its way into the hearts of people pan-state,” TMC general secretary Abhishek Banerjee tweeted, tagging party supremo and Chief Minister Mamata Banerjee.

Abhishek Banerjee used a hashtag “#NaboRupeJagoBangla” (Jago Bangla in new form) and said, “As @jago_bangla gets a fresh make over, stay tuned to find out more!

Using the same hashtag, the Twitter handle of Jago Bangla said that the weekly mouthpiece will become daily from July 21.

The party observes July 21 as Martyrs Day every year to remember the 13 people who were killed in police firing during a march to the secretariat programme in 1993 during the Left Front regime. Mamata Banerjee was in the Congress then.

“Banking on the blessings of people of Bengal, the mouthpiece of TMC Jago Bangla will appear in a new avatar.

Just wait only for a few days,” Jago Bangla said.

Among the political parties of the state, only the CPI(M) has a daily mouthpiece, ‘Ganashakti’.

The CPI too had such a mouthpiece named ‘Kalantar’ but the party had stopped publishing it a few years ago.