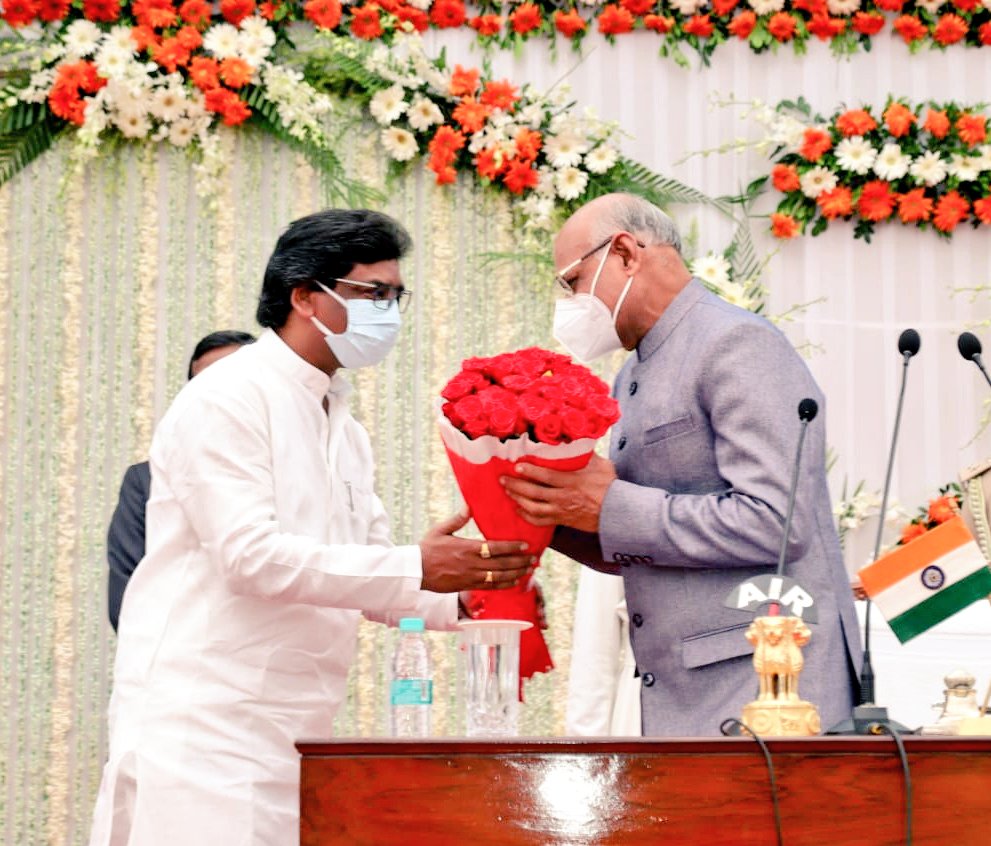 The Chief Justice of Jharkhand High Court, Justice Ravi Ranjan, administered the oath of office and secrecy to Bais at the Raj Bhavan in a ceremony attended by Chief Minister Hemant Soren, his cabinet colleagues, MPs, MLAs and senior officials of the state government.

Congratulating Bais, Soren said, “I have full faith that your guidance will continue to give a direction to the development of Jharkhand.”

Born on August 2, 1947, Bais was the governor of Tripura before assuming the new role in the eastern state.

He had earlier served as the Union Minister of State for Steel and Mines, Chemicals and Fertilizers, Information and Broadcasting, and Environment & Forests (independent charge).

Bais was the seven-term BJP MP of Chhattisgarh’s capital Raipur.

He was among the eight governors appointed by President Ram Nath Kovind on July 6.

A Chhattisgarh native, Bais had started his political career as a councillor of the Raipur Municipal Corporation, and was later elected as a member of the Madhya Pradesh assembly in 1980. He was also the former BJP vice-president of the party’s MP unit.

Apart from an interest in agriculture, he had also served as the president of the Chhattisgarh Archery Olympic Association.

Soren had received Bais on his arrival at the Birsa Munda Airport in Ranchi on Tuesday.

Murmu, who was the first woman governor of Jharkhand, on Monday left for her home in Odisha’s Rairangpur.

Before leaving, she had met all the officials and employees of Raj Bhavan and expressed her gratitude for their cooperation.

She was given a guard of honour at the Birsa Munda airport where the chief minister and other officials were present.