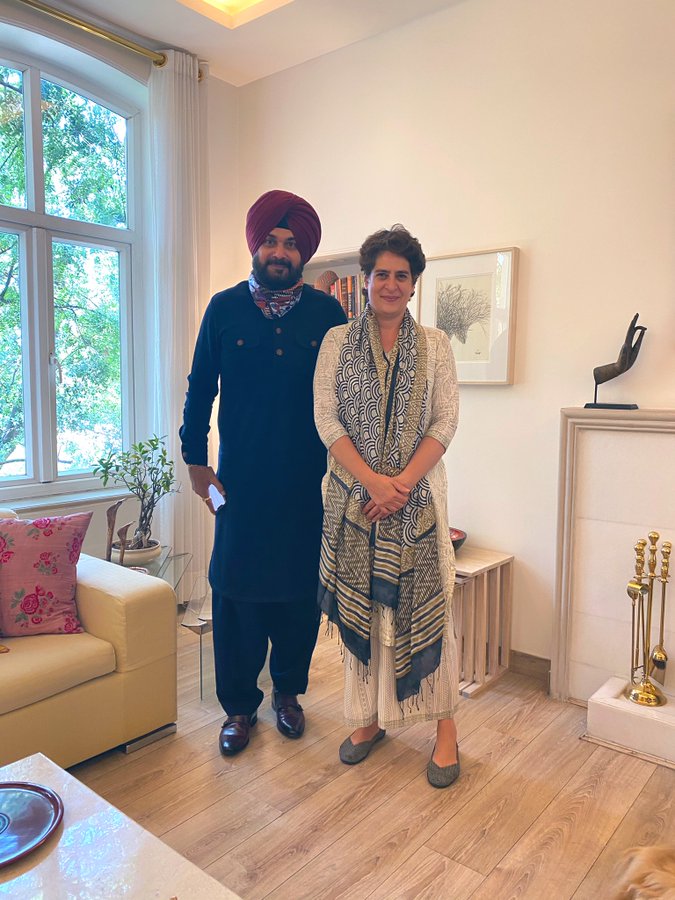 NEW DELHI:Congress president Sonia Gandhi on Sunday appointed Navjot Singh Sidhu as the new president of the party’s Punjab unit, notwithstanding the opposition from Chief Minister Amarinder Singh.
Gandhi also appointed four working presidents to assist Sidhu in the run-up to the next assembly elections.
The new working presidents are Sangat Singh Gilzian, Sukhwinder Singh Danny, Pawan Goel and Kuljit Singh Nagra.
“Congress president has appointed Navjot Singh Sidhu as the president of Punjab Pradesh Congress Committee with immediate effect,” according to a party statement.
“The party appreciates the contributions of outgoing PCC president Sunil Jakhar,”the statement said.
Nagra, who was in-charge of party affairs in Sikkim, Nagaland and Tripura, has been relieved of his present responsibilities.

The announcement of Sidhu’s elevation came after days of speculation and amid strong opposition from the chief minister.