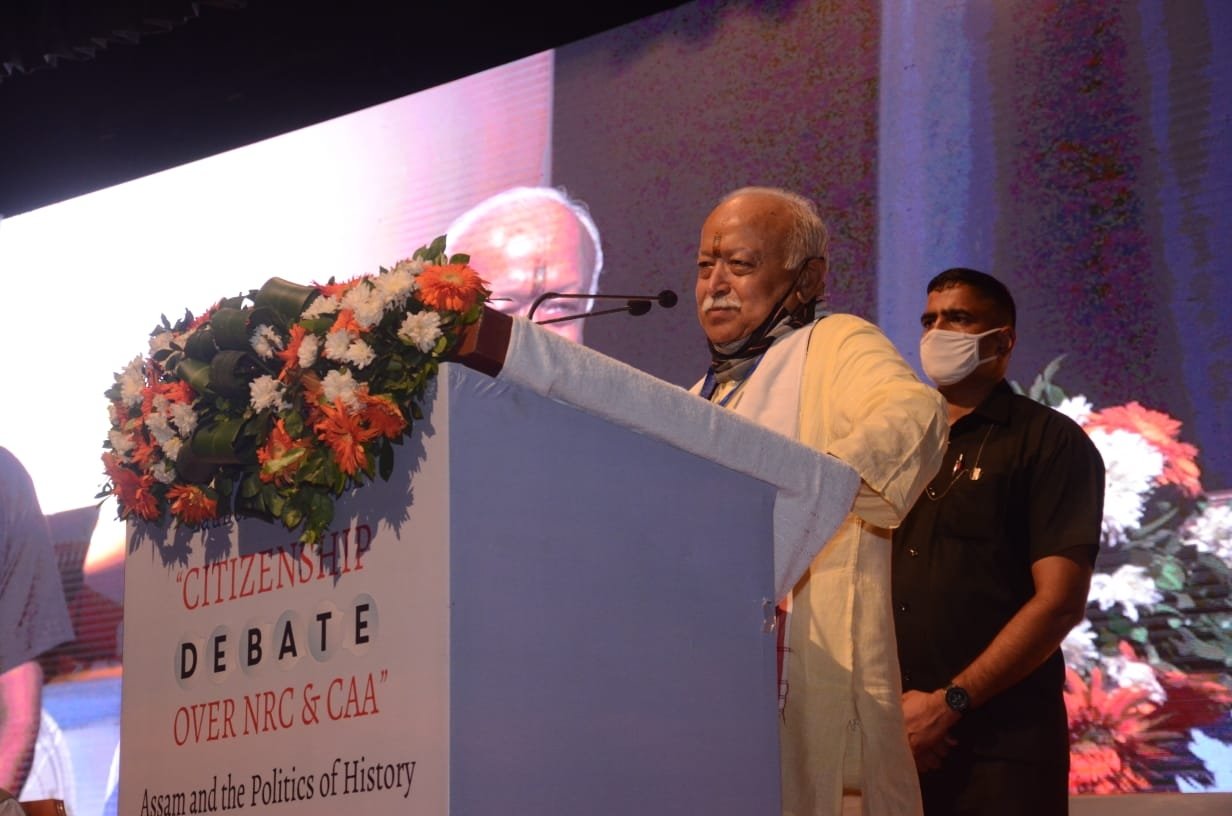 GUWAHATI: RSS chief Mohan Bhagwat, who is in Assam on a two-day visit, said on Wednesday that the Citizenship Amendment Act (CAA) and the National Register of Citizens (NRC) have nothing to do with Hindu-Muslim divide and communal narrative surrounding the two issues were being peddled by some to gain political mileage.

He further emphasised that no Muslim will face any loss due to the citizenship law.

“After independence, the first prime minister of the country had said that minorities will be taken care of, and that has been done so far. We will continue to do so. No Muslim will face any loss due to CAA,” Bhagwat said after launching a book here, titled ‘Citizenship debate over NRC and CAA-Assam and the Politics of History’.

The citizenship law is will provide protection to persecuted minorities in the neighbouring countries, the Rashtriya Swayamsevak Sangh (RSS) chief underlined.

We are honoured with the gracious presence of Param Pujaniya Sarsanghchalak, @RSSorg, @DrMohanBhagwat Ji who very kindly launched the book and enlightened us with his insights & perspectives.

“We reach out to the majority communities, too, in these countries during a calamity…. So if there are some who wish to come to our country due to threats and fear, we will definitely have to help them out,” Bhagwat said.

Talking about NRC, he stated that all nations have the right to know who its citizens are.

“The matter is in the political domain as the government is involved in it… A section of people wants to get political mileage by creative a communal narrative around these two issues,” he added.