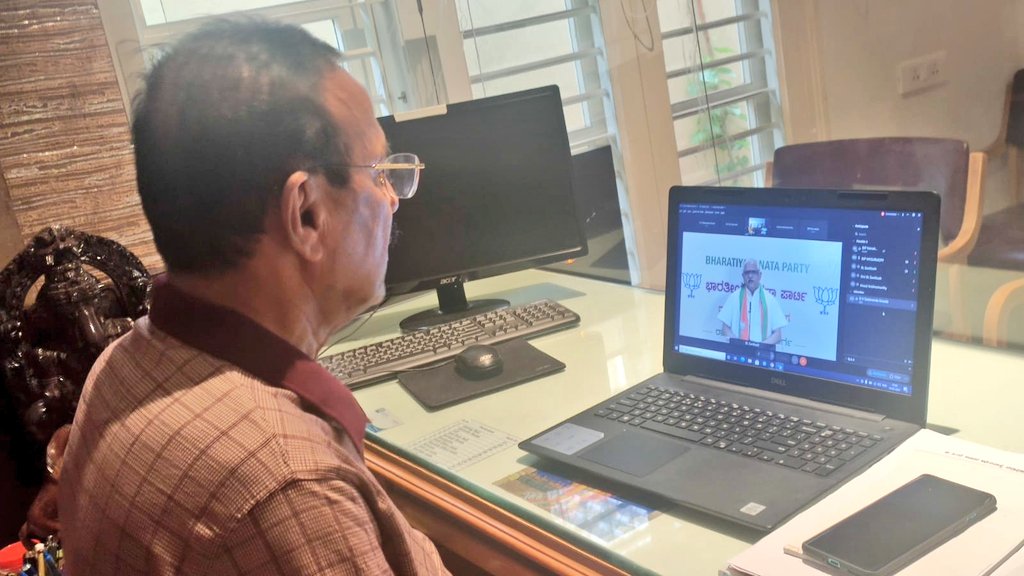 BENGALURU:Former Union Minister D V Sadananda Gowda on Wednesday said there was no “chance” of leadership change in Karnataka as the BJP central leadership was pleased with the developmental activities and the handling of COVID-19 in the state.

Amid speculation in some quarters that replacement of Chief Minister B S Yediyurappa is on the cards, Gowda, a BJP MP from Bengaluru North, said he does not believe that there was any such move in the offing.

“I don’t think there is any truth in the ongoing discussion about the leadership change because these are the decisions which are taken by our central level leaders keeping in view the political situation in the states,” the former Chief Minister, told reporters here.

He said he has information that as of now no such decision was on the cards after Yediyurappa “explained” to Prime Minister Narendra Modi and Home Minister Amit Shah about the “prevailing situation”.

Gowda said the steps taken by the Chief Minister during the COVID-19 pandemic and Karnataka’s strides in developmental activities have been appreciated and there was no reason to remove him.

“It is my strong gut feeling that there is absolutely no chance of leadership change. These are all speculations,” he said.

On why pontiffs of various Lingayat Matts were rallying behind Yediyurappa amid speculation around leadership change, Gowda said, “Whenever we do some good work, people appreciate it. As a result, people stand in his favour.”

When asked to comment about the purported audio of BJP state chief Nalin Kumar Kateel hinting at a possible leadership change and formation of a new team, he said there was no need for it as the former himself has disowned it by calling it fake.
According to him, the people of the state are standing behind Yediyurappa due to his policies and his “way of governance”.

“I feel that there is no chance for leadership change. Rest is left to the national level leaders,” Gowda said.

The talk of change of leadership, which had been doing the rounds for quite some time, gained momentum after Yediyurappa’s visit to Delhi last week.

Yediyurappa, a Lingayat strongman, has dismissed talks about leadership change as baseless.

A large number of Lingayat pontiffs have called on Yediyurappa and extended their support and even cautioned about political fallout for the BJP if he was removed from the Chief Minister’s post.