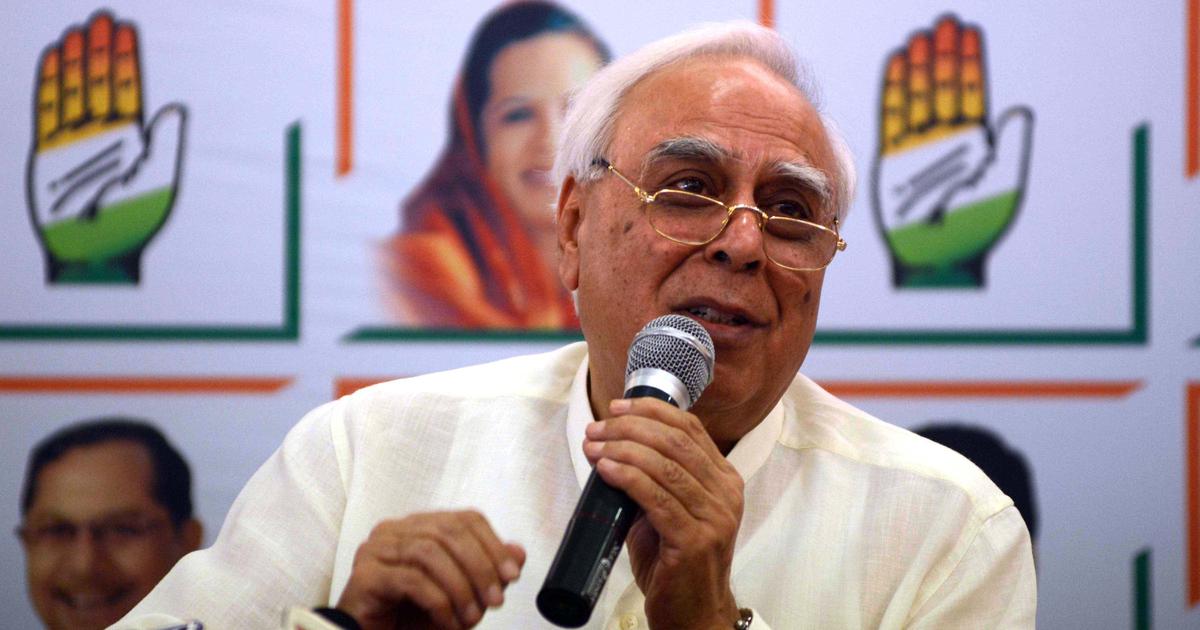 NEW DELHI: Former IT minister and senior Congress leader Kapil Sibal on Tuesday demanded a Supreme Court-monitored probe in the Pegasus snooping matter and a Narendra Modi government white paper in Parliament explicitly stating whether the Israeli spyware was used by it or not.

The Opposition has stepped up its attack on the government over the issue, while the Centre has categorically rejected all allegations of snooping, saying attempts were being made to “malign” Indian democracy.

Addressing a press conference at his residence here, Sibal hit back at Home Minister Amit Shah for his remarks on Monday that allegations of surveillance were only aimed to humiliate India at the world stage, saying the “nation is not being maligned, but due to your government’s actions, the government is being maligned”.

Referring to Shah’s ‘Aap Chronology Samajhiye’ comment, the Congress leader said, “We are understanding the chronology, I want to say to Amit Shah ji ‘Aap iski chronology samajhiye (You should understand the chronology of this matter), this was done between 2017-2019.”

The probe should be Supreme Court-monitored like in the Jain Hawala matter in which there was a “continuing mandumus” (meaning, the Court keeping close watch on the probe), he said, adding “we cannot trust the agencies of this government”.

Sibal also said that the proceedings should be in-camera so that everyone gets to know the truth.

Asked about his party demanding a probe by a Joint Parliamentary Committee, he said it could be in addition to the Supreme Court-monitored probe, and added that he was speaking as a concerned citizen of India.

The government should also present a white paper in Parliament and also clearly state whether it or its agencies deployed the spyware Pegasus.

“The government should say that we have never used Pegasus but they have not said that. A big problem arises if the government has not done it or its agencies have not done it, then who has done it. NSO (the Israeli technology firm whose spyware is Pegasus) says it does not sell to anyone except government agencies,” Sibal said.

“You say that you are bringing private data protection but you are doing data collection through Pegasus. This is a national security threat for having leaked data to an agency which has nothing to do with India,” he said.

If the government or its agencies have intercepted a minister’s phone by introducing malware in his phone then it is a violation of the Official Secrets Act, Sibal said, in an apparent reference to Prahlad Singh Patel’s number listed as potential targets for hacking through the Israeli spyware.

He also hit out at IT and Communications Minister Ashwini Vaishnaw for his statement in Parliament that in the past, similar claims were made regarding the use of Pegasus on Whatsapp and they were categorically denied by all parties, including in the Supreme Court.

“He also said there was a hearing in the Supreme Court and in that all parties said that no such thing happened. I was the lawyer for WhatsApp, the chief justice asked orally when someone alleged that this was happening through Pegasus ‘if this was happening’ and I said, ‘ask the government’,” said Sibal, who was the Minister of Communications and Information Technology between January 2011- May 2014.

The government has not stated till now whether such a thing was happening or and now the minister says all parties denied it, Sibal asserted, adding this amounts to breach of privilege as it is “false”.

The government on Monday categorically rejected in Lok Sabha allegations of snooping on politicians, journalists and others using Pegasus software, asserting that illegal surveillance was not possible with checks and balances in the country’s laws, and alleged that attempts were being made to malign Indian democracy.

An international media consortium reported on Sunday that over 300 verified mobile phone numbers, including of two ministers, over 40 journalists, three opposition leaders besides scores of business persons and activists in India could have been targeted for hacking through the spyware.