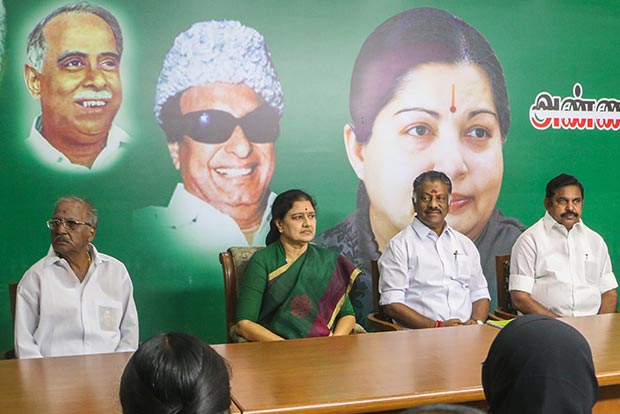 “She may have come on humanitarian grounds… there is nothing political to it and her attempt to try and confuse the party cadres won’t bear fruit,” AIADMK spokesperson M. Babu Murugavel told IANS.

Sasikala came to the hospital in a car flying the AIADMK flag. The party had earlier opposed her sporting the party flag on the car when she was returning back to Tamil Nadu from the Bengaluru central prison where she was lodged after being sentenced to four years jail by the Supreme Court in 2017 for amassing wealth disproportionate to her known sources of income.

Sources in the AIADMK told IANS that former Chief Minister K. Palaniswami and a few other party leaders were at the hospital during Sasikala’s visit but they did not meet. Palaniswami left the hospital as soon as Sasikala reached the premises.

The former Jayalalithaa aide was trying to be in the news ever since the defeat of the AIADMK in the 2021 Assembly elections and was in constant touch with the party lower-level functionaries in all parts of the state. She is also having a dedicated office at her T Nagar residence to communicate with the party functionaries and disgruntled leaders across the state.

Meanwhile AIADMK, on its official Twitter handle, said that the people should not believe any rumours on the health of Madhusudhanan, who was in the ICU of the Apollo Hospital at Greams Road.