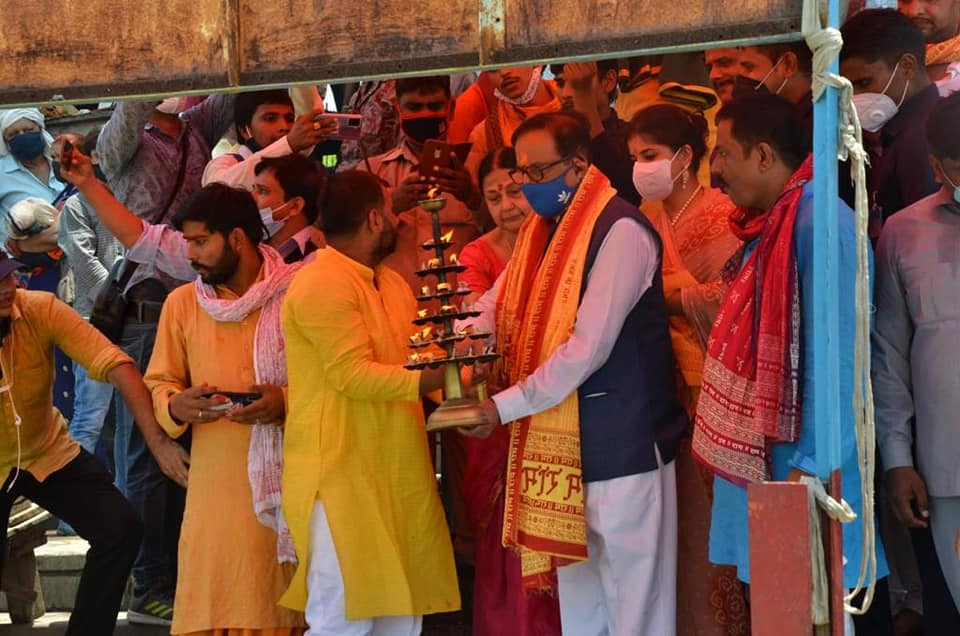 AYODHYA: Bahujan Samaj Party (BSP) MP Satish Chandra Mishra, on Friday, explained the mathematics of power to Brahmins at the Prabuddha Varg Sammelan and said that the Ram temple would be completed in the BSP regime.
“If 13 per cent Brahmins join hands with 23 per cent Dalits, there is no stopping the BSP from coming to power. Since the past ten years, Brahmins have been deprived of the respect they deserve. In the BSP regime, they were given respect and the law-and-order situation was also good,” he said.
He cited the example of the Bikru widow, Khushi Dubey, who has been in jail for over a year and said that his party would extend all possible help to her.
Mishra made it clear that the BSP would not enter into alliance with any other party and would contest elections on its own.
He further said that Lord Ram belonged to everyone. “The BJP is narrow minded and wants to believe that it has a copyright over Ram.
Mishra offered prayers at the Ram Janmabhoomi temple and Hanuman Garhi before addressing the programme.