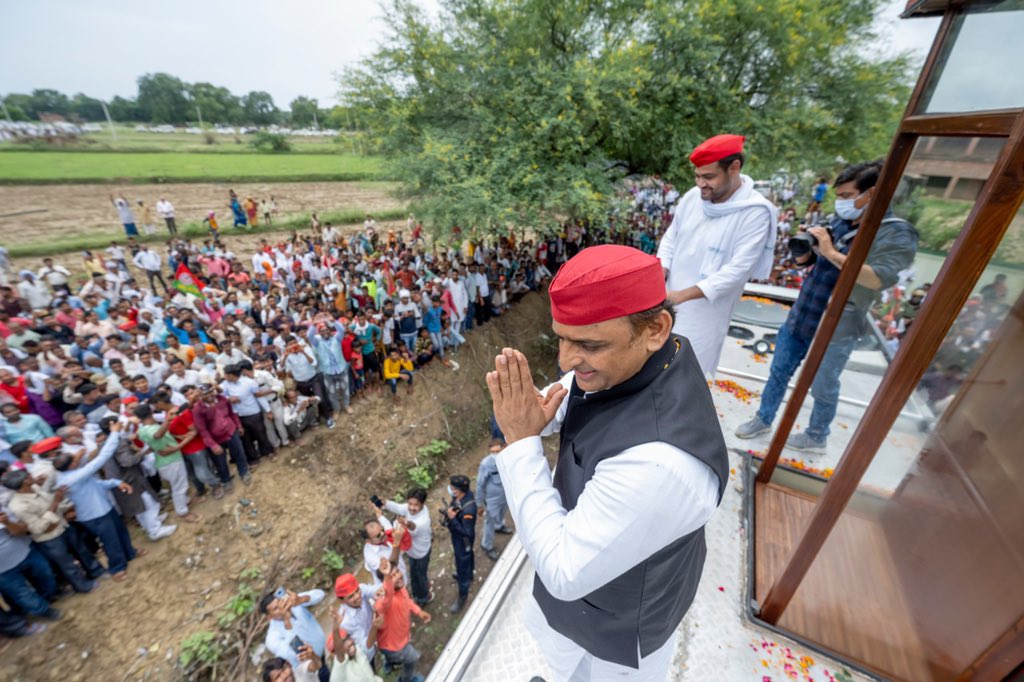 NEW DELHI: Calling the BJP an “anti-people” party who is running the government with “hatred”, Samajwadi Party )SP) chief Akhilesh Yadav on Friday said the Assembly polls next year will be the “last opportunity” to save democracy.

“To achieve the target of securing 350 seats in UP, we will have to work day and night,” the former chief minister said addressing party workers here.

He asked the party workers to be beware of BJP’s “tricks”.

The BJP has wasted more than four years. The BJP is running the government with anger and hatred. It will show many colours till the Assembly elections. This will be the last opportunity to save democracy,” he said.

Yadav further called the BJP government at the Centre and in the state as “anti-people” and said through its new farm laws, it wants to benefit capitalists.

“With these black farm laws, the ownership of the land will be taken out of the hands of farmers,” he alleged, adding that farmers are not getting the minimum support price for their crop.

“There is no possibility of doubling the income of farmers even remotely,” he added.

He also said under the BJP regime, the wealth of capitalists has increased manifold and attacked the ruling party over unemployment.

Crores of people have suffered due to their “faulty policies”, he added.