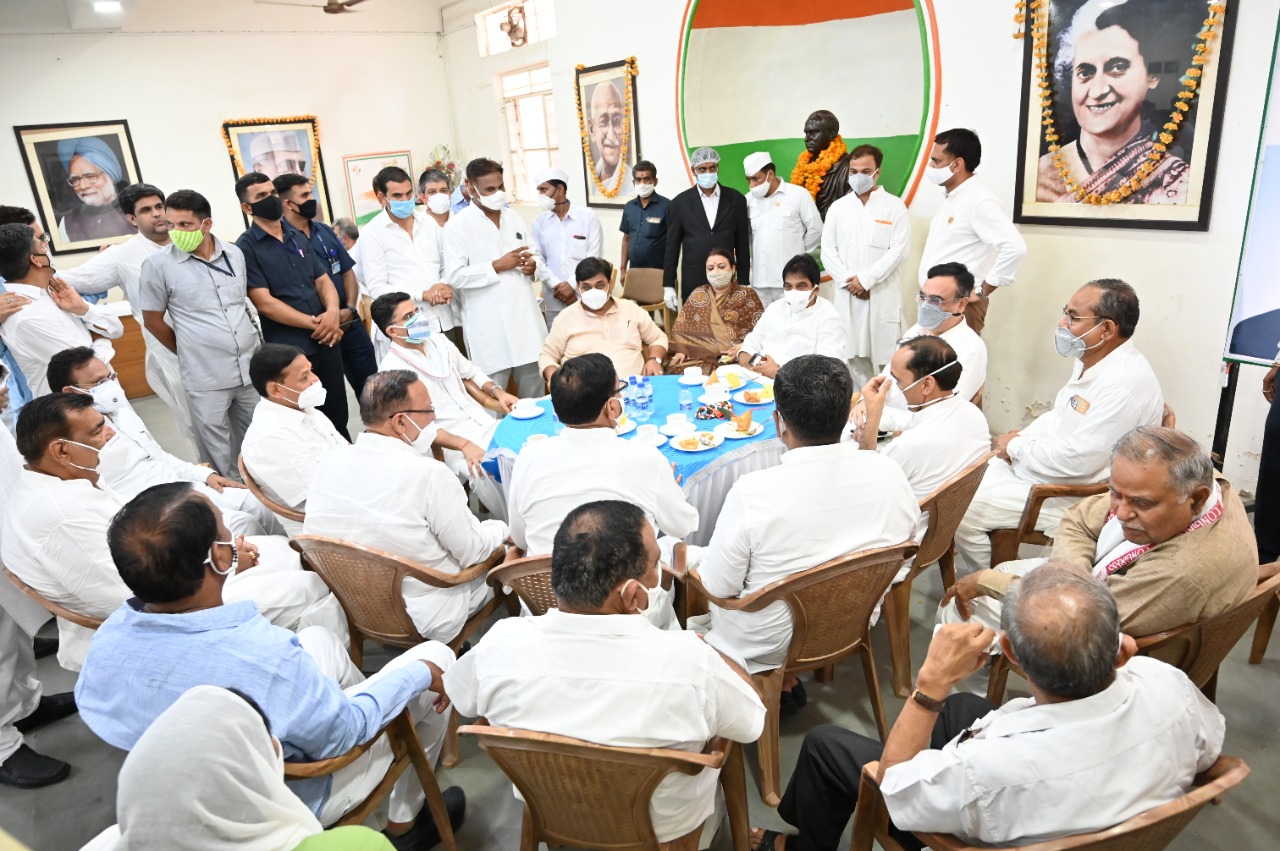 NEW DELHI: AICC general secretary Ajay Maken on Sunday said there is no contradiction among the party’s leaders in Rajasthan on the issue of cabinet reshuffle and that they have expressed confidence in the high command for the decision.

After meeting ministers, MLAs and office bearers at the party office here, Maken said all of them have unanimously left the decision of the cabinet reshuffle on the party high command.

However, Maken did not disclose a date of the cabinet expansion.

“I can say that there is no contradiction among the party leaders and they all have left the final decision about the cabinet expansion to the party high command,” he told reporters.

Maken, together with AICC general secretary (organisation) K C Venugopal, arrived at the party office in Jaipur for the meeting. He said issues like inflation and the Pegasus matter were discussed.

“People of the country are suffering from high inflation, many have lost jobs during the pandemic, and instead of spending money and resources for people, the central government misused the resources for snooping and spying on leaders, journalists and judiciary. This is highly condemnable,” he said.

To a question on the BJP’s allegations against PCC chief and Education Minister Govind Singh Dotasra of influencing the interview process of the Rajasthan Administrative Services 2018 examination in favour of two relatives, Maken said Dotasra is being cornered as he had targeted RSS leader Nimbaram and the BJP.

Nimbaram, the regional pracharak of the RSS, is named in an FIR registered with the Anti-Corruption Bureau in a matter related to graft, and recently, Dotasra had said that the state government would give “treatment” to the RSS leader.

By saying “treatment”, he apparently meant action against the leader.

Maken said he would come to Jaipur again on July 28 to hold discussions with MLAs on the appointment of district and block presidents of the party.

Venugopal and Maken late on Saturday night held discussions on the issues of cabinet reshuffle and political appointments with Rajasthan Chief Minister Ashok Gehlot at his residence.

After Punjab, the party high command has shifted its focus to Rajasthan, where demands for Cabinet expansion and political appointments have gained momentum after reports of resentment in the camp led by former deputy chief minister Sachin Pilot, who along with 18 MLAs had rebelled against the leadership of Gehlot last year.

Three days back, Pilot had indicated that the Congress would take suitable steps soon to address issues raised by him.

He had said that he is in touch with the party high command over the issues raised by him and hoped that the required steps would be taken soon.

Pilot was sacked as the deputy chief minister and Pradesh Congress Committee (PCC) chief in July last year after he rebelled against the leadership of Gehlot. After a one-month-long political crisis, the party high command announced to form a three-member committee to look into the issues raised by him.

Last month, MLAs from the Pilot camp said that the party should fulfil the promises made to Pilot last month, following which the demand for Cabinet expansion and political appointments gained momentum.

At present, there are 21 members in the council of ministers, including the chief minister, and nine slots are vacant.

Rajasthan can have a maximum of 30 ministers.