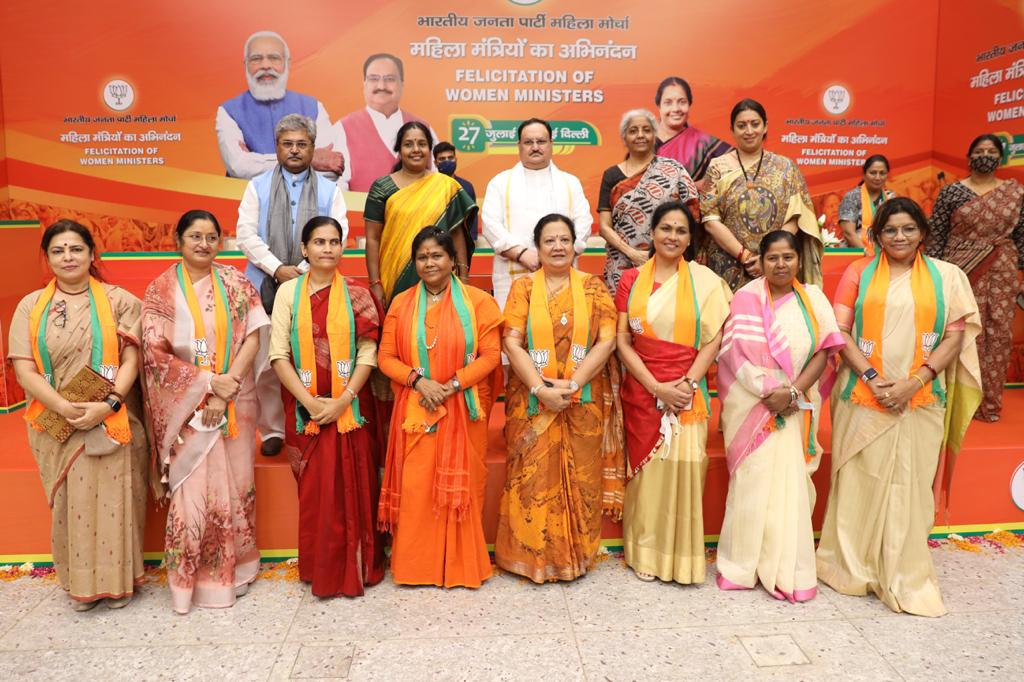 NEW DELHI: BJP president J P Nadda said on Tuesday that no political party gives as much space to women to work and grow as his party does, and asserted that the Modi government has done a lot of work to empower them.

Speaking at a programme organised by the BJP ‘mahila morcha’ to felicitate women Union ministers of the Modi government, he said the saffron party has given more space to women in its policy, programme, administration and governance than any other party.

In the recent expansion of the Union Council of Ministers, Prime Minister Narendra Modi had inducted seven women ministers, taking their total number to 11.

Nadda said Indian culture has always given primacy to women.

He noted that socialist stalwart Ram Manohar Lohia used to express anguish at women being forced to relieve themselves in the open due to lack of toilets, and said it was the Modi government that finally launched the ‘Swachh Bharat’ programme to build bathrooms to work to make the country open defecation free.

The government also came out with programmes to help pregnant women with medical intervention, thus reducing maternal and infant mortality, he said, adding that they are also given cash incentives.

Fertility rate was also reduced, Nadda said, and also cited the ‘Ujjwala’ scheme, under which cooking gas connection is provided to poor households, to laud the government’s initiatives to help women.

Modi brought in more women and also enhanced representation from all sections of society in the government, he added.

All women ministers of the BJP, including Nirmala Sitharaman and Smriti Irani, were present at the programme.