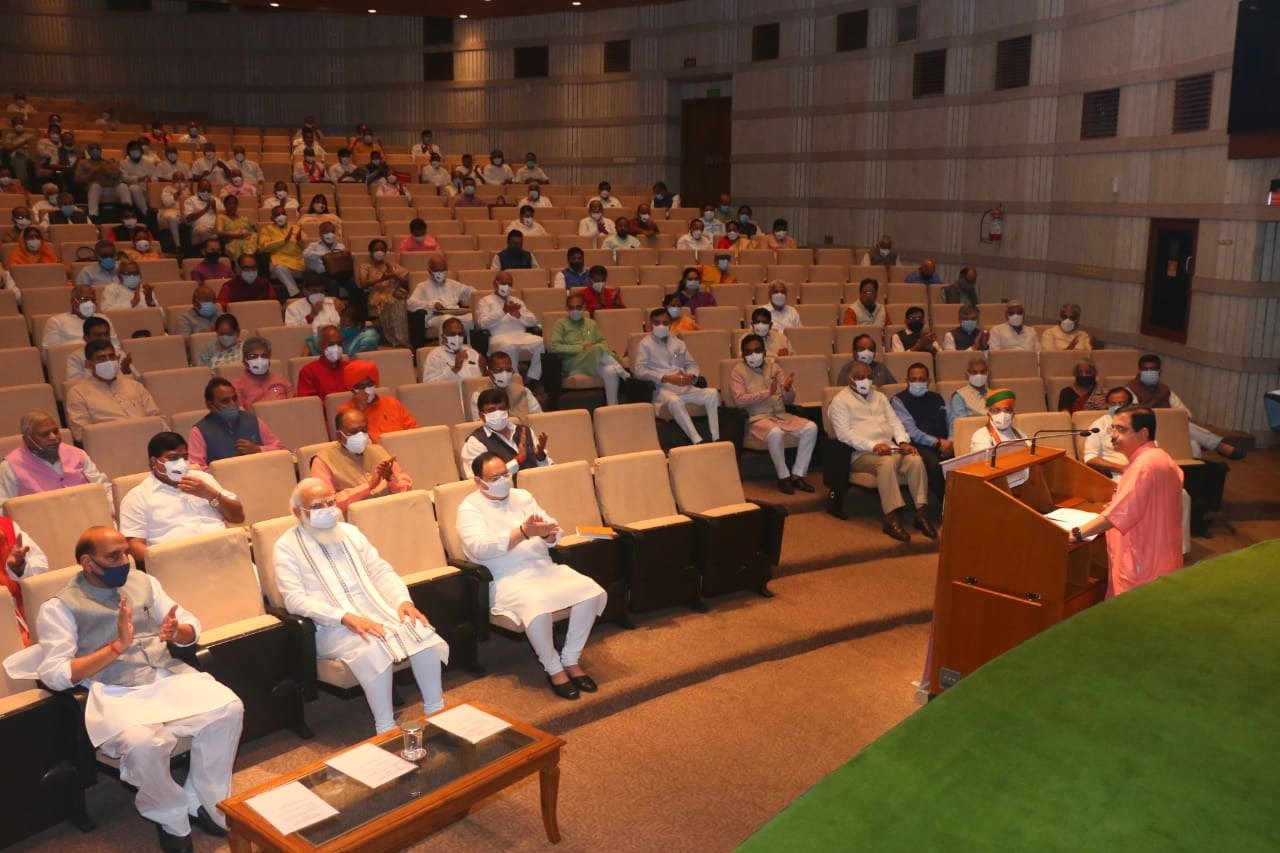 NEW DELHI: With the opposition determined to stall Parliament until the government agrees to a debate on the Pegasus issue, Parliamentary Affairs Minister Pralhad Joshi said on Friday opposition parties can still seek clarification from IT Minister Ashwini Vaishnaw on his statement over the matter.
Interacting with reporters after the Lok Sabha was adjourned for the day due to the opposition’s protests, he said the government had agreed to them seeking clarification from Vaishnaw after he made statements in both the House and these parties can still do so.
The Opposition has insisted that it will not call off its protests inside Parliament without the government allowing a full-fledged debate on the alleged snooping on a group of people, ranging from politicians to businessmen and journalists, with the use of the Pegasus spyware.
The opposition had created a ruckus in the Lok Sabha when Vaishnaw made his statement on the issue. In the Rajya Sabha, a Trinamool Congress member had torn the paper containing the minister’s statement, forcing him to lay his comments on the floor of the House.
Joshi said in the Lok Sabha on Friday that the controversy was a “non-issue” and that the government was ready for discussions on people-related issues.
Echoing the view, Information and Broadcasting Minister Anurag Thakur accused parties like the Congress and the TMC of “wasting” Parliament’s time merely for politics.
“Prime Minister Narendra Modi said the government is ready to discuss different issues. We want the opposition to raise people-related matters and the government will reply. It is unfortunate that some members of the opposition have been creating a ruckus, tearing papers and throwing them at the Chair and ministers,” he told reporters.
Parliament’s Monsoon session has been marred by continuous disruptions by opposition parties. Though the government has got a few bills passed amid the din, both the Houses have seen little debate, except for a brief discussion on COVID-19 in the Rajya Sabha.
Vaishnaw had dismissed the reports of the use of Pegasus software to snoop on Indians, saying the allegations levelled just ahead of the session were aimed at maligning Indian democracy.
In a suo motu statement, he had said with several checks and balances being in place, “any sort of illegal surveillance” by unauthorised persons is not possible in India.