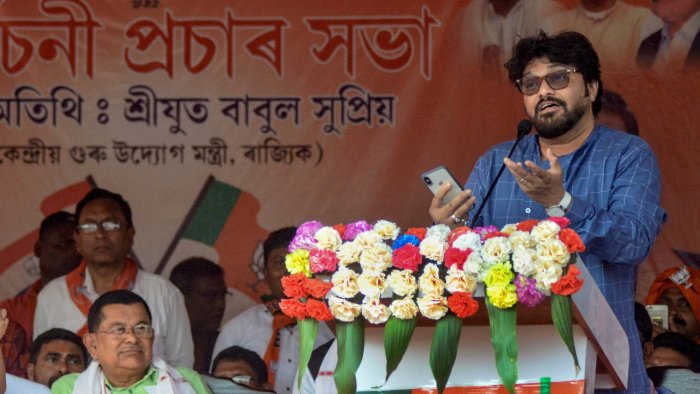 NEW DELHI: Former Union Minister and BJP leader Babul Supriyo said on Saturday that he has decided to quit politics and will be resigning as an MP.
He hinted the decision was partly due to losing the ministerial berth and also differences with the state BJP leadership.
Supriyo, who had held several portfolios as MOS in the Narendra Modi government since 2014, was removed earlier this month during a major cabinet reshuffle.
“Leaving, Alvida. Spoke to my parents, wife, friends, and after listening to the advice I am saying that I am leaving. Am not going to any other party – TMC, Congress, CPIM, nowhere. I am confirming that nobody has called me.
“I am going nowhere. I am a one-team player! Have always supported one team #MohunBagan – Have been with only one party – BJP West Bengal. That’s it!! Leaving, Supriyo said in a Facebook post.
“I have stayed for too long I have helped somebody, have disappointed somebody, It is for the people to decide. To be involved in social work, you can do that without being involved in any politics,” his post read.
The two-time MP from Asansol was among the several ministers who were dropped from the union cabinet on July 7 as part of a major rejig. His unsuccessfully contested assembly polls against Trinamool Congress’s Aroop Biswas in the last assembly elections.
Both Supriyo and Debasree Chaudhuri were dropped as ministers. Four other MPs from West Bengal Nishit Pramanik, Santanu Thakur, Subhas Sarkar and John Barla were inducted as MOS in the ministry.
“If someone ask that whether leaving the politics is somehow connected to losing ministry. Yes then it is true to some extent…. Also had differences with the state leadership since the assembly poll campaign, he wrote.
State BJP president Dilip Ghosh declined to comment on it.