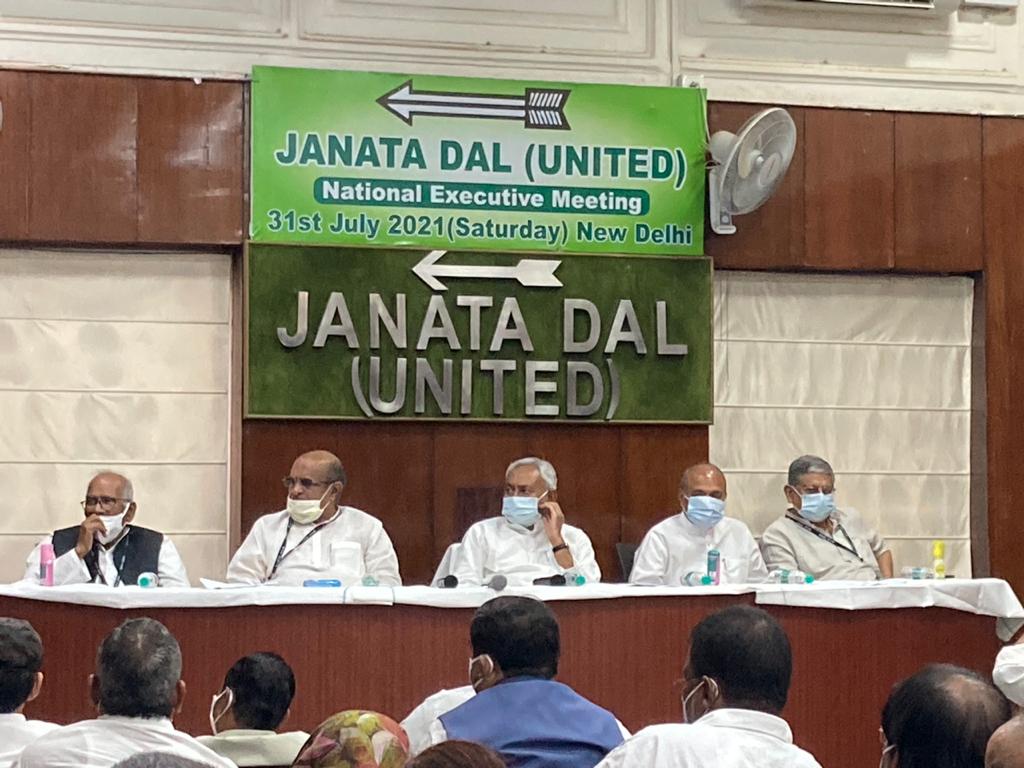 NEW DELHI: JD(U) MP Rajiv Ranjan, better known as Lalan Singh, was on Saturday elected as its national president at the party”s national executive meeting here in place of Union minister R C P Singh, who stepped down following his induction in the Modi Cabinet.

The party also passed a number of resolutions, including reiterating its position that the central government should come out with caste census, an issue with potentially wide political ramifications, and also spoke against any coercive measures like the enactment of laws to control population growth.

Some BJP-ruled states, including Uttar Pradesh, have batted for a law to curb the population growth.

JD(U) spokesperson K C Tyagi told reporters that coercive policies had failed during the Emergency, even as he added his party was in support of steps to control the growth of population.

Tyagi said the party”s national council will meet in Patna in August to endorse Lalan Singh”s election as its president. The council is the largest organisational body of the party and is also expected to discuss other pertinent issues.

Lalan Singh, a confidant of the party”s main face and Bihar Chief Minister Nitish Kumar and its first upper-caste national president, asserted that he will work to strengthen the JD(U) in different parts of the country and will reach out to those leaders who were once part of the organisation but have drifted away for some reasons.

Kumar, whose party”s equation with the ally BJP has been uneven, also attended the national executive meeting and is scheduled to have a luncheon meeting with INLD leader Om Prakash Chautala on Sunday.

Tyagi, however, said that politics should not be read into it as both leaders go back many decades and share similar socialist background.

Chautala was released from jail sometime back after being convicted on corruption charges.

The JD(U) MPs have also sought time from Prime Minister Narendra Modi to press upon their demand that the Centre should come out with caste census as it will help shape development schemes and make them more targeted, he said.

The government had told Parliament in March this year that there is no proposal at present to release the report of the caste census carried out in 2011.

After independence, India decided as a matter of policy not to enumerate caste-wise population other than SCs and STs, it had said in March.

The JD(U) will also contest the upcoming state assembly elections in Uttar Pradesh and Manipur, Tyagi said, adding that it will like to fight as a part of the BJP-led National Democratic Alliance but will contest independently if it is not given a “respectable” deal.

It will contest 200 seats in the UP assembly polls, he claimed.

The party also lauded the Modi government”s decision to provide reservation to the backward classes and economically weaker sections (EWS) in medical exams.

Lalan Singh, a Bhumihar MP from Munger Lok Sabha constituency in Bihar, has had a close association with Kumar but R C P Singh was chosen to represent the party in the Modi government.