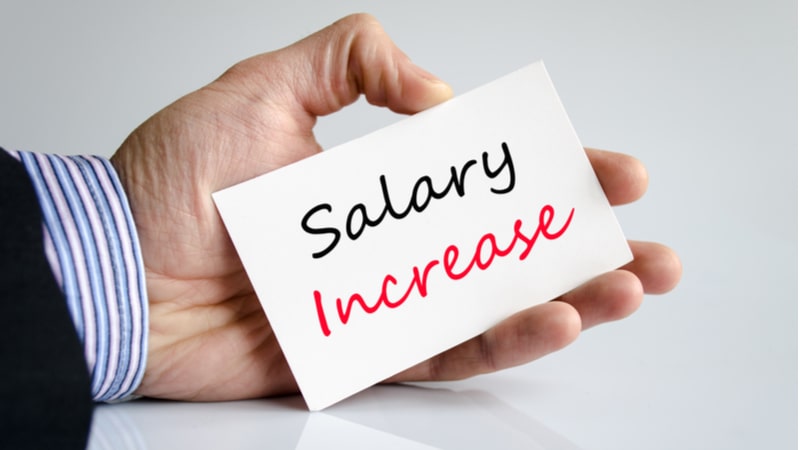 NEW DELHI: The Arvind Kejriwal government on Tuesday approved a 66 per cent hike in the salary and allowances of Delhi MLAs as proposed by the Centre, but expressed discontent that they were still among the lowest-paid legislators in the country.
The hike that comes after a decade was given the nod at a Cabinet meeting chaired by Chief Minister Arvind Kejriwal and raises the existing monthly salary and allowances from Rs 54,000 to Rs 90,000, said a Delhi government statement.
The Kejriwal government had requested the Ministry of Home Affairs (MHA) that the salary and allowances of Delhi MLAs should be at par with those from other states, it said.
However, the MHA “restricted the proposal” of the Delhi government and capped the salary to only Rs 30,000, it added.
“The BJP and Congress ruled states are currently paying 1.5 to 2 times higher salaries and allowances. The restriction imposed by the Centre has forced Delhi’s MLAs to be amongst the lowest earning MLAs in the country,” it said.
The Delhi government had proposed a salary of Rs 54,000 for the MLAs at par with other states, however, the MHA did not allow this to happen and restricted it to Rs 30,000, government said.
“Now the salary plus allowances of the MLAs of Delhi has been restricted by the MHA to Rs 90,000,” it said.
Earlier, the MLAs were paid Rs 54,000 per month including Rs 12,000 salary and the remaining amount as allowances.
The constituency allowance has been increased from Rs 18,000 to Rs 25,000, secretarial allowance from Rs 10,000 to Rs 15,000, telephone allowance from Rs 8,000 to Rs 10,000 and conveyance allowance from Rs 6000 to Rs 10,000.
The salary and allowances of Delhi MLAs were last revised in 2011.
Several BJP, Congress and regional party ruled states provide much more monthly salaries to their MLAs, even though living costs in Delhi are higher than most parts of India, the government said citing examples of Uttarakhand (Rs 1.98 lakh), Himachal Pradesh (Rs 1.9 lakh), Haryana (Rs 1.55 lakh), Bihar (Rs 1.3 lakh), Rajasthan (Rs 1.42 lakh) and Telangana (Rs 2.5 lakh).
Many states provide several other perks to their MLAs like house rent, office rent and staff expenses, allowance for buying office equipment, vehicle, and driver allowance, that the Delhi government does not do.
Delhi MLAs are also entitled to a daily allowance of Rs 1,000 (subject to a maximum of 40 days per year) for attending Assembly session or committee meetings, conveyance advance up to Rs 4,00,000 (repayable within office term), free medical facilities, Rs 4000 per month for electricity and water facility, annual travelling facility worth Rs 50,000, and Rs 30,000 per month for hiring two data entry operators.
The government statement did not mention any change in these allowances.
The proposal for an increase in the salary and allowances of Delhi MLAs was pending with the MHA for the last 5 years, the government claimed.
“After several discussions, the MHA decided to restrict the increase to up to Rs 90,000 per month,” it said.
The Delhi Cabinet approved the Salaries and Allowances of Ministers of Government of National Capital Territory of Delhi, (Amendment) Bill 2021 and MLAs/Speaker-Dy Speaker/Chief Whip/Leader of Opposition of Legislative Assembly of Delhi (Amendment) Bills 2021.
After the Cabinet nod, the proposal and draft bills will be sent for MHA’s approval before being placed in Delhi Assembly, it said.
In December 2015, the Aam Aadmi Party government had got a bill passed in the Delhi Assembly raising emoluments of MLAs to Rs 2.10 lakh per month.
The bill, however, became null and void as prior permission was not taken from the authorities concerned before tabling it in the Assembly.
Meanwhile, Delhi BJP MLA Vijender Gupta “condemned” the AAP government for accusing the Centre of restricting the proposed hike.
“Last year, they had sent a proposal for Rs 2.10 lakh per month salary and allowances which is a 400 per cent hike and can not be justified. The Centre had approved the increase in the MLAs salary and perks six months ago and the blame put on it for delay by Kejriwal government is wrong,” Gupta said.

Former Congress MLA Mukesh Sharma said the AAP government should also proportionately increase allowances of its employees and wages of workers who were worst hit by the Covid pandemic and lockdown.