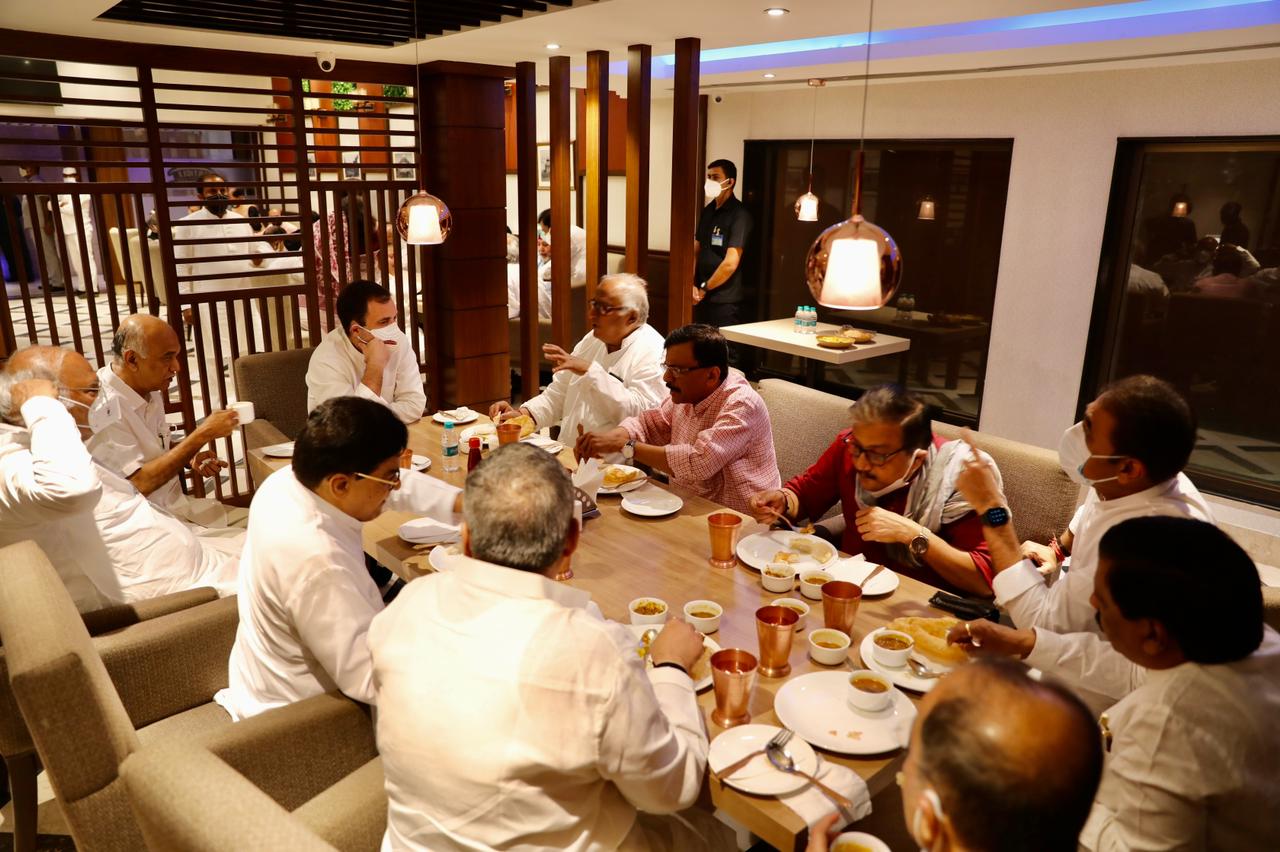 Leaders of 17 opposition parties were invited at the breakfast meeting, but the Bahujan Samaj Party (BSP) and Aam Aadmi Party (AAP) did not attend.

Shri @RahulGandhi led a discussion with Opposition leaders from NCP, Shiv Sena, CPI(M), RJD and others, on national issues.

Trinamool Congress, which had skipped the last meeting of Opposition leaders by Gandhi, was also present at today’s breakfast meet.

“The single motive to invite you is that we should unite.The more this voice unites, the more powerful it will become, the more difficult it will become for the BJP and RSS to suppress this voice,” Gandhi said at the meeting.
“We should remember the foundation of unity and it is important that now we start to come up with the principles of this foundation,” he told the opposition leaders.

“As far as fuel prices are concerned, the people of India are struggling and if we cycle from here to Parliament, it will have an impact,” Gandhi said.

We stand united against each and every one of Modi govt's anti-people policies.#UnitedForDemocracy pic.twitter.com/yI0U5oYrtT

The meeting comes amid continued standoff between the opposition and the government over the Pegasus snooping issue with the opposition demanding a discussion in Parliament and a Supreme Court monitored probe in the matter.
The government is, however, saying that this is a non-issue and does not want it to be discussed in Parliament.
Kharge said leaders of various parties have been invited for the meeting and are expected to discuss issues like Pegasus, farmers’ matter, and the need for a joint Parliament strategy.
“Nobody in the government is listening. So we have decided to get together. The opposition is united and we are all together,” Kharge said at the meeting.
Source: Press Trust of India
In this article:Congress, Constitution Club, Opposition leaders, Rahul Gandhi