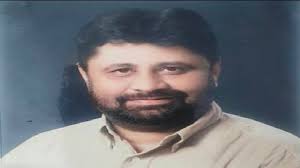 CHANDIGARH: Senior Congress leader from Chandigarh Pardeep Chhabra, who has been at loggerheads with the party’s incumbent city unit president, on Friday announced his decision to resign from the party’s primary membership.

Chhabra’s move came a day after the party’s city unit served him a notice over his alleged anti-party activities.

“Today, I resign from the primary membership of @INC India, Chhabra tweeted.

In his tweet, he also mentioned, An upright man shall never tolerate indignation & lies. Knowing when to walk away is #Wisdom, being able to is #Courage, Walking away with your head held high is #Dignity.., Chhabra, a former chief of the party’s city unit, said.

The Congress had replaced Chhabra, who also remained the city’s Mayor earlier, with Subhash Chawla as party’s city unit chief in February this year.

In the past few weeks, Chhabra had been attacking Chawla alleging that he was being ignored and not being called for party meetings.

However, in one of the latest invites for a party meeting sent to him on Tuesday by the city unit, Chhabra had expressed his inability to attend citing personal reasons.

In an open letter to the city’s Congressmen last week, Chhabra had alleged that those who had been working for the party for more than three decades had been ignored in the recent list of office bearers released by the party’s city unit.

While he congratulated those who had been made office bearers in the committee constituted by the city unit of the Congress, he stated that Chandigarh Congress leadership has today started a new innings for ‘Congress-mukt Chandigarh’ .

He also questioned why women had not been given 30 percent representation in the newly constituted committee.