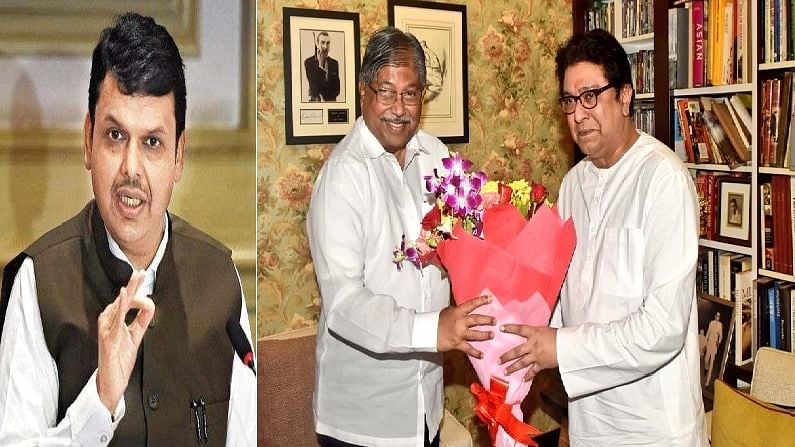 MUMBAI: Suspense over any possibility of an alliance between the BJP and Raj Thackeray-led MNS deepened on Saturday with senior leaders Devendra Fadnavis and Maharashtra unit president Chandrakant Patil evading a direct reply.

While Patil is in New Delhi to meet Union Home Minister Amit Shah and other senior leaders, Leader of Opposition Fadnavis cryptically said the saffron party will have only one engine to contest the 2024 general elections.

The railway engine is the poll symbol of the Maharashtra Navnirman Sena (MNS).

Speaking to reporters in Pune, Fadnavis said, Patil has already clarified his position and the party’s stand regarding a possible pre-poll alliance with the MNS. However, the BJP is going to have only one engine ahead of the 2024 (general) polls.

Fadnavis, a former chief minister, did not elaborate whether he meant joining hands with the MNS or going solo in the general polls.

Responding to a query on speculations that Patil might be replaced as state BJP chief, Fadnavis said, The party is doing fine under the leadership of Patil in the state and all leaders are with him. There are no talks of changing leadership in the state at the moment.

After meeting the MNS chief at the latter’s residence in Mumbai on Friday, Patil said the alliance was not on the cards at the moment.

The meeting, however, triggered speculation about a possible tie-up as elections to the Mumbai civic body are due next year.

“Raj told me that he does not hold any grudge against the non-Marathi people living in Mumbai. We still have some political differences and there is no proposal to join hands ahead of the polls at this moment,” Patil had said.

On Saturday, Patil told reporters in Delhi, I am here to apprise senior party leaders about the meeting with Raj Thackeray. Any decision will be taken by these leaders. Senior leaders will have to consider the national interest as well”.

When asked about these meetings, Patil said, It is common in the party that leaders pay a visit to Delhi separately. There is nothing to read too much into it.

Patil is accompanied by other leaders from Maharashtra including Ram Shinde, Jaykumar Rawal, Shrikant Bharatiya and Sanjay Kute.

The BJP has maintained that it was not allergic to any party as far as forging a pre-poll alliance is concerned but with a condition that their political stands should match.

Some leaders in the BJP are of the view that the MNS is not untouchable provided it mellows down its anti-migrant stand.

The Shiv Sena has been in power in the Brihanmumbai Municipal Corporation (BMC) for over three decades.

In the 2017 Mumbai civic polls, the BJP contested separately and won 82 of the total 227 seats. The MNS had won seven seats but six of its corporators later joined the Shiv Sena. The Sena won 97 seats and Congress 31.

Speaking to the media in Pune recently, Raj Thackeray, who took a strident anti-North Indian line after leaving the Shiv Sena over 15 years ago, had said he was not going to change his political stand for electoral benefits.