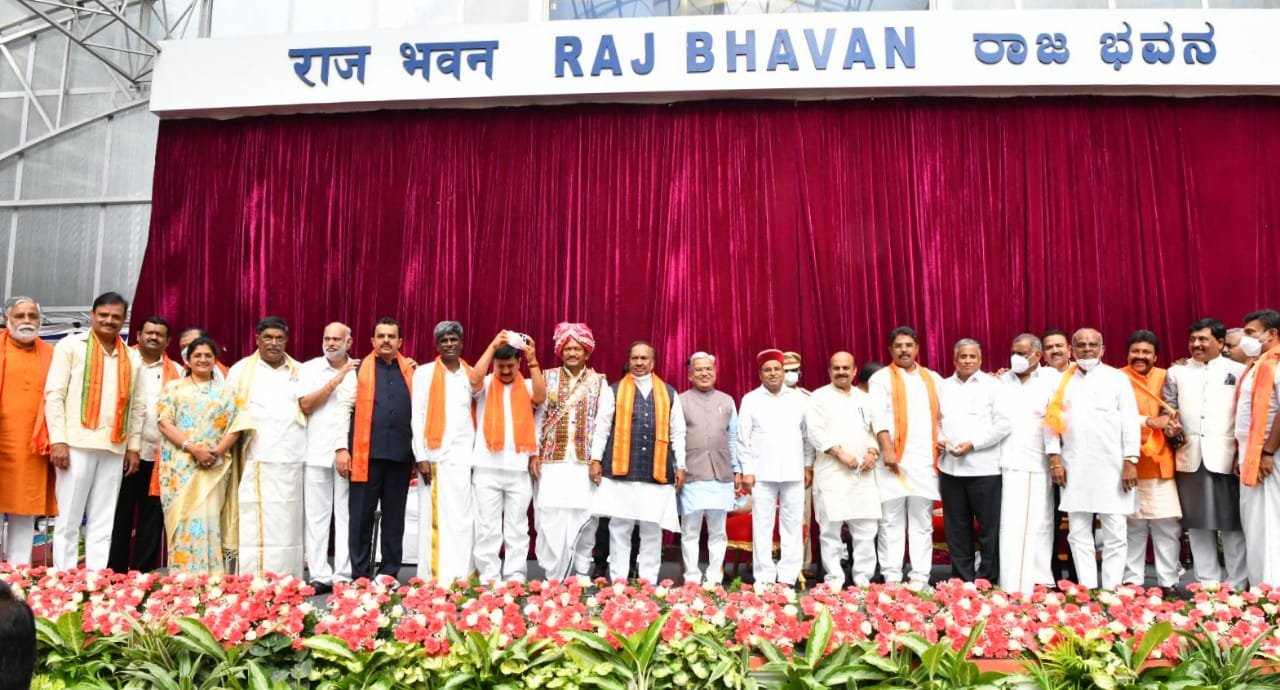 BENGALURU: Karnataka Chief Minister Basavaraj Bommai on Saturday allocated portfolios to Ministers in his new cabinet, with most of them retaining the Ministries they had in the previous B S Yediyurappa government.

In a surprising move, debutant ministers have got plum portfolios like Araga Jnanendra- Home and V Sunil Kumar- Energy, along with Kannada and Culture.

The Chief Minister who had on Wednesday expanded his new cabinet, by inducting 29 Ministers, had tried to play it safe with by and large retaining old faces, as 23 of them were Ministers in the previous Yediyurappa cabinet, while six were new.

Bommai has retained the Department of Personnel and Administrative Reforms (DAPR), Finance, Intelligence, Cabinet Affairs, Bengaluru Development and all unallocated portfolios with himself.

With Bruhat Bengaluru Mahanagara Palike elections round the corner, it was widely expected that Bengaluru Development would be allocated to a senior Minister from the city, but the CM has retained it with himself, keeping in view the number of aspirants for the plum portfolio.

Another first-time minister B C Nagesh has been given the primary and secondary education department, that was with Suresh Kumar in the previous government, who could not make it to the cabinet this time.

While most ministers have retained the portfolios held in the previous government, those with major changes include Govind Karjol- water resources, C C Patil- public works, B Sriramulu- transport and ST welfare, Murugesh Nirani – industries.

K Sudhakar has retained the all important health and medical education department, amid the COVID-19 pandemic.

Lone woman minister in the Cabinet, Shashikala Jolle has been made in-charge of Muzrai, Wakf & Haj.

She was women & child development minister in the Yediyurappa cabinet and had faced corruption allegations.

New face Halappa Achar is now the women & child development minister, along with the Mines and Geology portfolio.

K S Eshwarappa has continued with the Rural Development and Panchayat Raj and so does R Ashoka and V Sommana with Revenue and Housing respectively.

Ahead of allocation of portfolios, earlier in the day Bommai said, “I must be the luckiest CM because, no minister mounted pressure for a particular portfolio.”